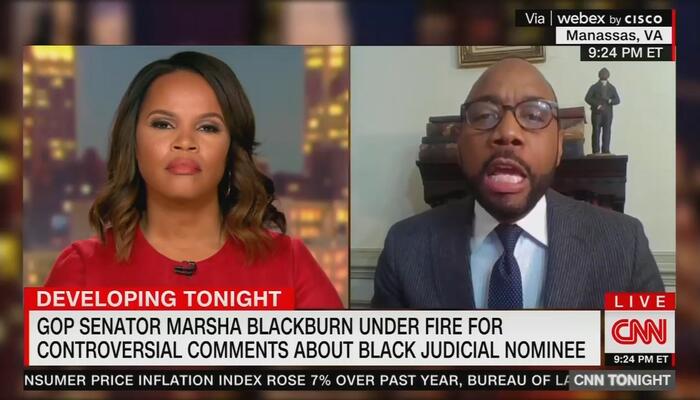 In 2015, The New York Times treated it as a major scoop that Republican presidential candidate Marco Rubio and his wife Jeannette had 17 traffic citations between them over the last 18 years. (Mrs. Rubio was tagged for 13 out of the 17.) Times reporters Alan Rappeport and Steve Eder concluded  “If Mr. Rubio is fortunate to make it as far as the White House, there will be many perks that come with the job. Chief among them, however, might be having a driver.” 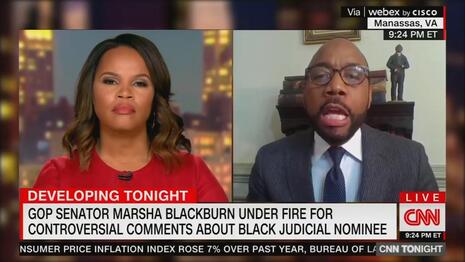 But on Wednesday night in the Cuomo-is-gone hour, CNN fill-in host Laura Coates was trashing conservative Sen. Marsha Blackburn (R-Tenn.) for questioning Biden judicial nominee Andre Mathis for not only having traffic tickets – but for repeatedly failing to appear in court for them, and having his driver’s license suspended for months at a time.

A judge who refuses to appear in court? Who would nominate someone with a political glass chin like this?

But CNN suggests it’s Blackburn who is the outrage here. The words on screen were “GOP Senator Marsha Blackburn Under Fire For Controversial Comments About Black Judicial Nominee.” They were furious that Blackburn said Mathis had a “rap sheet.” That was racist.

Blackburn made the obvious point: “In Tennessee, we expect our judges to respect the law, not disregard it. If Mr. Mathis thought he was above the law before, imagine how he’ll conduct himself, if he’s confirmed, as a federal judge.”

Coates then dismissed the speeding tickets as minor, and ran a clip of Mathis lamenting he embarrassed his family, but “I’m a law-abiding citizen.”

COATES: You shouldn’t be embarrassed or regret. I mean, he’s not the one, who should be embarrassed, about the way you handled this situation. And I want to bring in now, the former NAACP President and CEO, Cornell William Brooks. Because, I can imagine, Cornell, I can almost predict what your reaction was. I almost called you, to be like, “Did you see this just now?” What’s your reaction to that? Unbelievable!

CORNELL BROOKS:: Unbelievable! It was extraordinarily painful, to watch, as an American, and as an African American, and certainly as a black man. Why? Because here we have, the first woman, elected to the United States Senate, from the state of Tennessee, humiliating, denigrating, demeaning, a black man, who has the opportunity, to be the first black man, to serve, on the U.S. Court of Appeals, for the 6th Circuit.

She refers to some – a less than a handful of speeding tickets as “A rap sheet.” Now, you know, Laura. One out of every three American adults has a criminal record. That is to say, of record of arrest. 77 million people. This man–

BROOKS: He’s not one of them. That’s exactly it. That is exactly it. And so, we know that this notion, this invoking of “A rap sheet,” invokes an ugly history, of criminalizing, and stereotyping, and degrading black people. So, in the context, of a judicial nomination hearing, he is surrounded by his family, and literally, he is humiliated, almost reduced to tears, in front of his children!

Coates said “But Cornell, did he speed? Did he ever speed? I mean, because that would make him dishonorable, and somebody, who imagine should be on the court.” Brooks said “It’s a dichotomy. But it’s also rank hypocrisy.” Then he wildly exaggerated the “rap sheet” phrasing: “But to suggest that he was somehow, a felon, somehow, a ne’er-do-well, essentially a thug, being nominated to the bench? Come on, let’s be fair.”

Then Coates alleged Blackburn got out of a “speeding ticket” from the Capitol Police by flashing her congressional pin. CNN tried to make a deal out of this last March.

This Coates and Brooks segment brought to you in part by Applebee’s and Constant Contact. 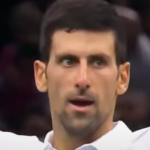 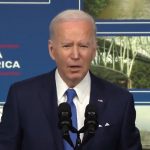