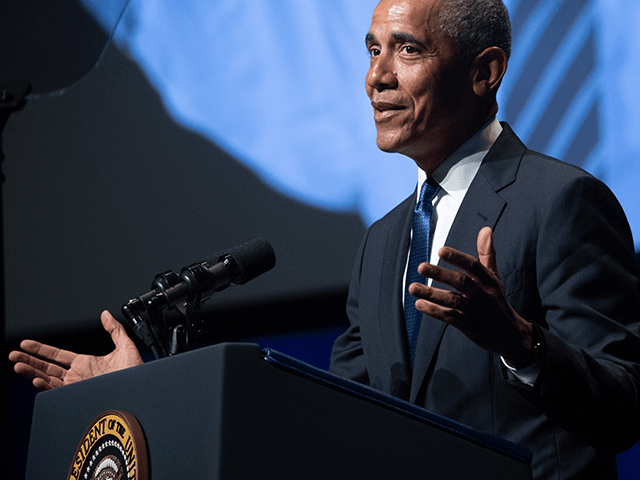 Former President Barack Obama is the latest left-wing figurehead to forgo a mask at his convenience, as photos show him overseeing the construction of his multimillion-dollar beachfront mansion in Hawaii over the weekend while workers surrounding him wear face coverings.

According to reports, Obama, who appeared to be standing outside, spoke with workers from Armstrong Builders, all of whom were wearing masks, unlike the former president:

Once again, the elite are exempt from mask rules while everyone else has to mask up. pic.twitter.com/TgbUlZrbPY

According to the Daily Mail, “Construction has been mired in controversy because the project used a planning loophole to retain a sea wall that is almost certainly causing beach erosion.”

Ironically, Obama has moved forward with the construction of his multimillion-dollar beach mansion, despite his purported concerns over rising sea levels due to what he claims is climate change:

Sea levels are rising due to #climate change, potentially threatening U.S. cities: http://t.co/LxPOPkUfWB We have to #ActOnClimate.

“What makes climate change difficult is that it is not an instantaneous catastrophic event,” he said in 2016. “It’s a slow-moving issue that, on a day-to-day basis, people don’t experience and don’t see.”

That aside, while there is no outdoor mask mandate in Hawaii — only indoors — Obama’s decision to forgo a mask in the presence of others who were wearing face coverings stands as yet another example of the hypocrisy of the elites, who continue to advocate for masks for the general public, including young children, but ditch them at their own convenience.

For example, a photo of Georgia’s Democrat gubernatorial candidate Stacey Abrams went viral over the weekend after she smiled gleefully, maskless, as she sat surrounded by masked-up elementary school children. Her campaign later revealed she removed her mask “on the condition that everyone around her was wearing face-coverings” — including children, the Atlanta Journal-Constitution reported:

Self-righteous politicians show off their smile as they force your children to be muzzled all day, set back years in their development, and carry the burden of a pandemic that was never at high risk to them.

Stacey Abrams is an enemy to Georgia’s families. pic.twitter.com/57U1daKJol

Similarly, New York City Mayor Eric Adams (D), who has vowed to keep the city’s children masked up in school, attended an event over the weekend, appearing maskless in a variety of settings, both outdoors and indoors: 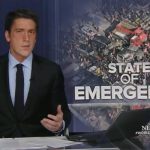 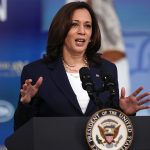