On Monday, a Canadian judge dealt another shocking blow to the trucker convoy, outlawing one of the most effective tactics protesters have employed as they gridlock the Capital city of Ottawa – honking.

The truckers announced they shut down their honking at 8 PM.

Ontario superior court justice Hugh McLean issued a temporary 10-day injunction that prohibits protesters parked on city streets in downtown Ottawa from honking their horns after a group of central Ottawa residents filed a multimillion-dollar class-action lawsuit against the protesters.

Lawyer Paul Champ, who is representing the Ottawa residents in the case, argued that the loud, incessant honking is causing “irreparable harm,” which McLean decided was ample evidence to strip Canadian citizens of their right to protest, in favor of the residents right for “quiet.”

As of right now, it is unclear how the Ottawa Police will enforce the new measures.

According to Pique News:

“McLean said he heard enough evidence that the continual blaring of horns was having an effect on residents that their right to ‘quiet, if we can use that term,’ trumped the honking truckers’ right to protest.”

But McLean said the injunction was temporary because a ‘myriad of people’ may still wish to come before the court to be heard.

The hearing adjourned and the court is slated to hear more evidence on how the injunction will be enforced.”

The new injunction is just the latest roadblock that has been pulled straight out of the fascist playbook by the Canadian government in their fight against this grassroots freedom movement. The Canadian Truckers Convoy has now faced several authoritarian measures and outright violations of their (Canadian) constitutional rights, including interference by government authorities to restrict their funding, officers of the state cutting off their supply lines, slander by state media and politicians, outright theft of their food, gas, and other essentials by police officers, and enhanced clandestine operations by law enforcement agencies to identify and hunt down key organizers and participants of the protest.

Ottawa Police Team Up With Federal Intelligence Agencies, Including US DHS and FBI, to Launch “Enhanced Intelligence Operations and Investigations” Against Truckers For Freedom Convoy

Nevertheless, these brave men and women continue to stand firm, fighting for the freedom the previous generations of great men and women gave up their lives for – and they are spurring a movement all across the world.

The truckers are heroes. Canadian dictator, Two-face Trudeau, better be ready to send in the cavalry to get them out of there, because they have made it clear that they aren’t going anywhere until the tyrannical oppression and arbitrary, un-scientific restrictions come to an end.

The tyrants are running scared, the media is in full spin mode, and the world is watching.

From Australia to Poland, to Greece, to Germany, all across Canada, and several other countries around the world, truckers are coming out in full force to stand against this freedom-crushing oppression.

It’s time for the Land of the Free and the Home of the Brave to take it to DC and put an end to this shamdemic once and for all. 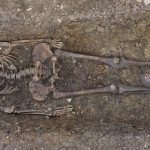 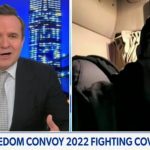