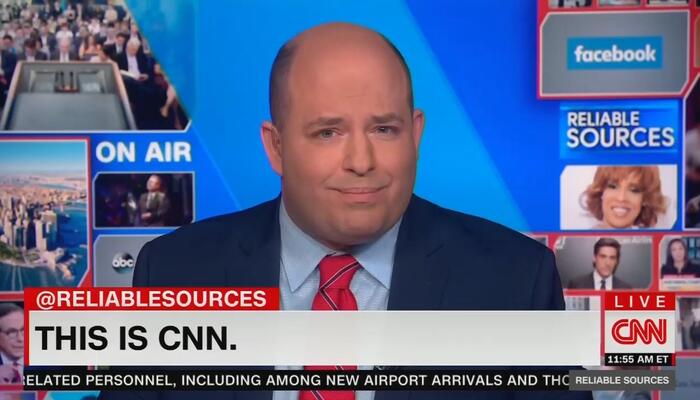 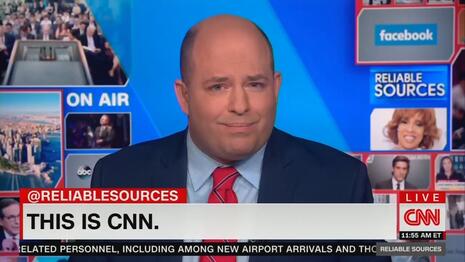 In the angry aftermath of Jeff Zucker’s dismissal, Brian Stelter is offended that anyone thinks CNN is more opinion than news.

He was especially angry with a CNBC interview with Discovery Networks investor John Malone, who praised Fox’s Special Report under both Brit Hume and Bret Baier, and then said, ‘I would like to see CNN evolve back to the kind of journalism that it started with and, you know, actually have journalists, which would be unique and refreshing.”

“The people who say we’re lacking journalism, that we’ve become an all-talk channel that we’ve run off, and we’re all opinions all the time, that Jeff Zucker led us astray. Those people aren’t watching CNN. They’re not watching CNN. They’re watching complaints about CNN on other channels that don’t know what they’re talking about.” We here at NewsBusters watch CNN a lot, and expose their rampant editorializing a lot.

Stelter was so angry he swore in the middle of his podcast: “this bullshit on Fox about CNN failing in the ratings, and that’s why Zucker was pushed out and I think that’s nuts ….yeah CNN’s at a low point right now, because were at a low point in the news cycle.” [??]

Enjoy the podcast below, or wherever you listen to podcasts. 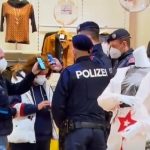 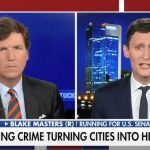