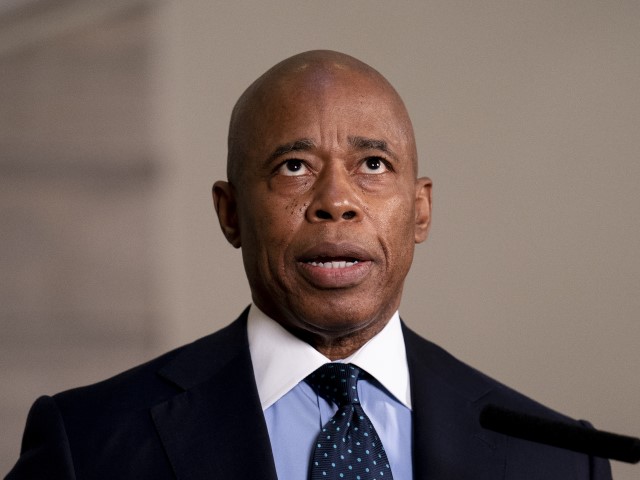 New York City Mayor Eric Adams (D) appeared maskless on Sunday, smiling gleefully with a group of people during a meeting in the city roughly two weeks after he vowed to “follow the science” and keep mask mandates in the city’s public schools after a New York Supreme Court judge struck down Gov. Kathy Hochul’s (D) mandate as “unconstitutional.”

“Earlier today the Belmont BID welcomed @nycmayor, NYC Council Members, @nycsmallbiz and @thenycalliance to Arthur Avenue to speak with our restaurateurs about the outdoor dining program and issues the industry is facing,” Bronx Little Italy posted to Instagram on Sunday. Adams is not wearing a mask in any of the nine photos, which show him in several different environments, both outdoor and indoor.

I’m sure he was holding his breath https://t.co/TSAQeOmdtL

This is the same Eric Adams who, two weeks ago, called a New York Supreme Court judge’s ruling on the state’s mask mandate “unfortunate” and vowed to keep children masked up.

“I believe it’s unfortunate that it was struck down, and I believe those jurisdictions that are using it as an opportunity to remove mandates are making a big mistake. We need to follow the science, not the fears that is [sic] actually coming with this virus,” he told 1010 WINS, adding that the city of New York was “going to continue our mandates in schools.”

According to the New York Post’s January 25 report, masks were still required in schools “because the Hochul administration is appealing the decision.”

Adams, however, is in good company, as many of his Democrat colleagues have also ignored mask guidance at their own convenience. Democrat Georgia gubernatorial candidate Stacey Abrams made the biggest splash this weekend as she smiled gleefully — maskless —  alongside dozens of masked-up elementary school children.

Self-righteous politicians show off their smile as they force your children to be muzzled all day, set back years in their development, and carry the burden of a pandemic that was never at high risk to them.

Stacey Abrams is an enemy to Georgia’s families. pic.twitter.com/57U1daKJol

According to her campaign, she “removed it so she could be heard by students watching remotely and for a handful of photos on the condition that everyone around her was wearing face-coverings,” the Atlanta Journal-Constitution reported. 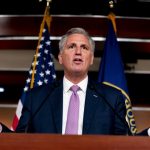 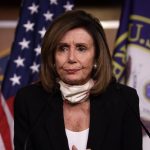