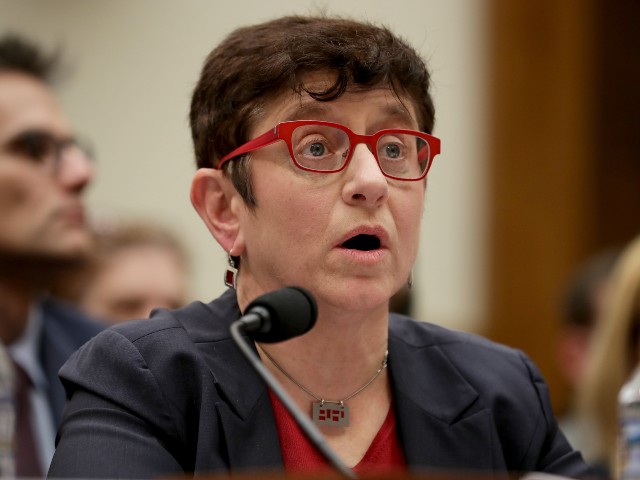 Joe Biden’s embattled FCC nominee Gigi Sohn, whose nomination is already struggling on account of her partisan, pro-censorship record, is tied to a far-left “digital rights” activist who once campaigned on behalf of an al-Qaeda terrorist who was convicted for conspiring to kill Americans, and is now applying pressure on moderate Democrats like Sen. Kyrsten Sinema (D-AZ).

During the battle over “Net Neutrality,” Sohn was the guest of honor on a podcast hosted by Evan Greer, the transgender and “nonbinary” identifying director of the progressive nonprofit Fight For the Future. Sohn’s appearance on the podcast can be watched here. 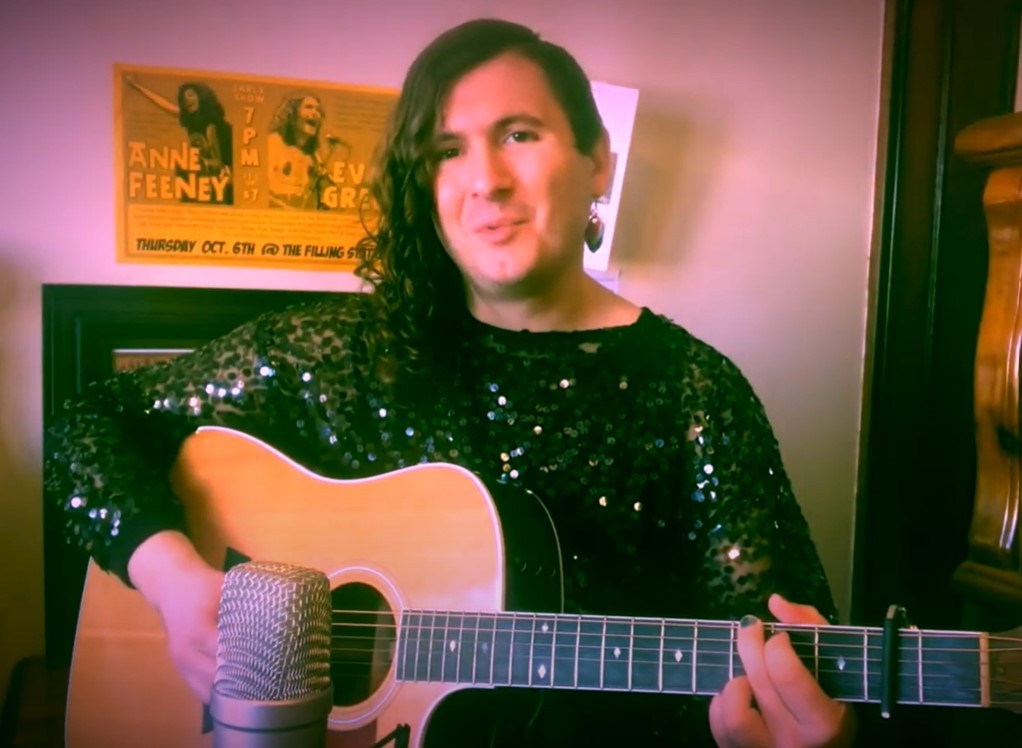 Evan Greer of Fight for the Future (Evan Greer/YouTube)

Greer is one of the leading campaigners for Obama’s Title II regulations on internet service providers, which the Democrats branded “Net Neutrality” even though they did not apply to companies like Facebook, Google, and YouTube and therefore did not prevent those companies from engaging in censorship.

Currently, Greer is running an aggressive campaign against Democrat Senators who appear to be wavering on confirming Sohn, one of the most partisan nominees of the Biden administration, to the FCC.

Greer has also unleashed a torrent of smears and conspiracy theories against Sen. Maria Cantwell (D-WA), calling the Senator “despicable,” suggesting she has a “has a problem with queer people,” and calling for her to be removed from office. 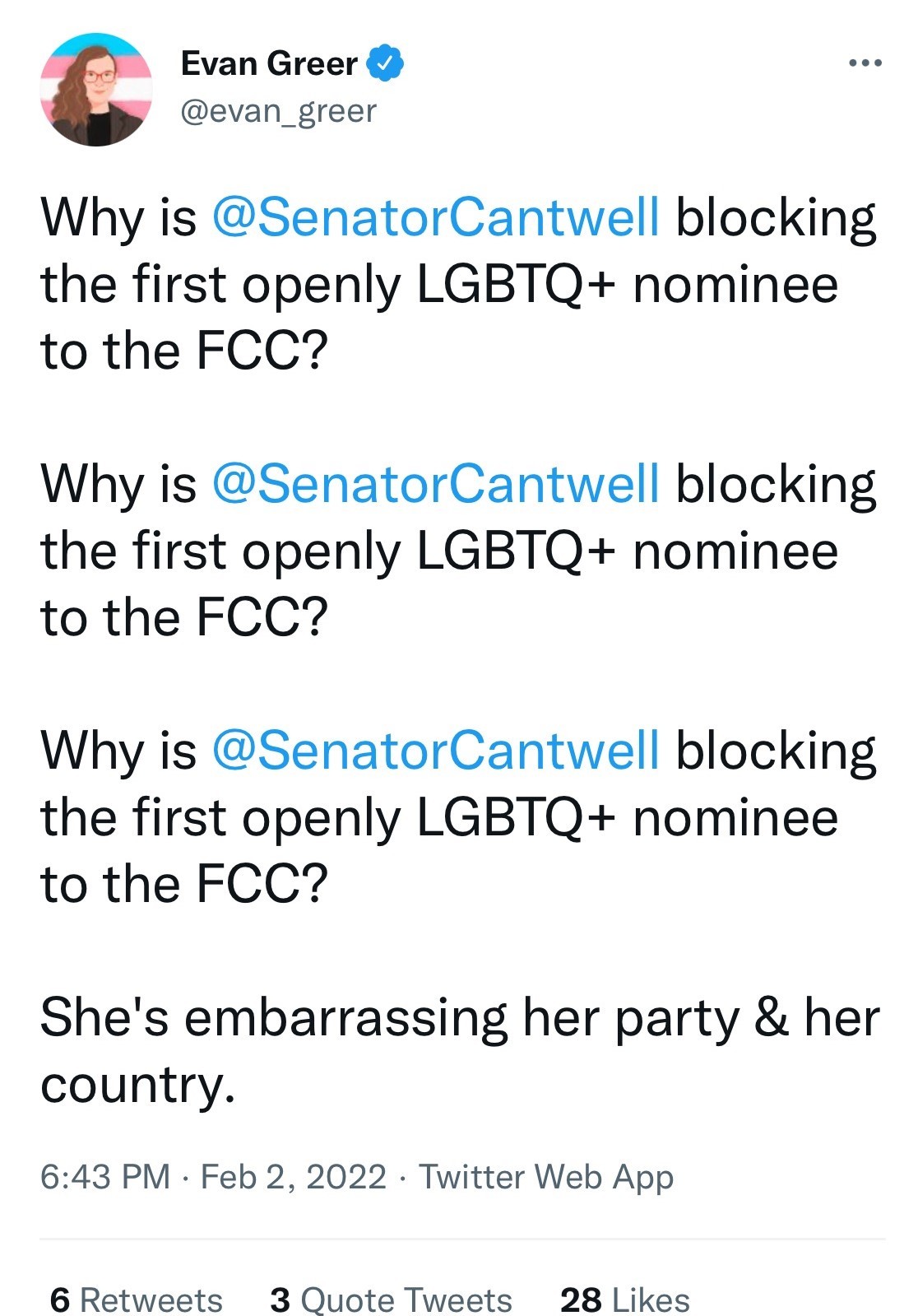 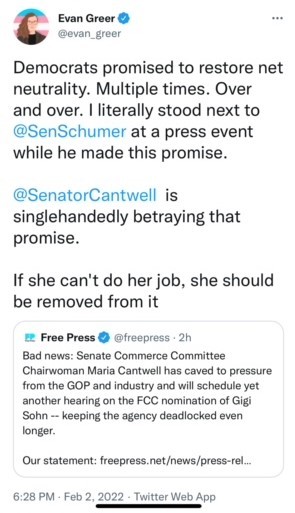 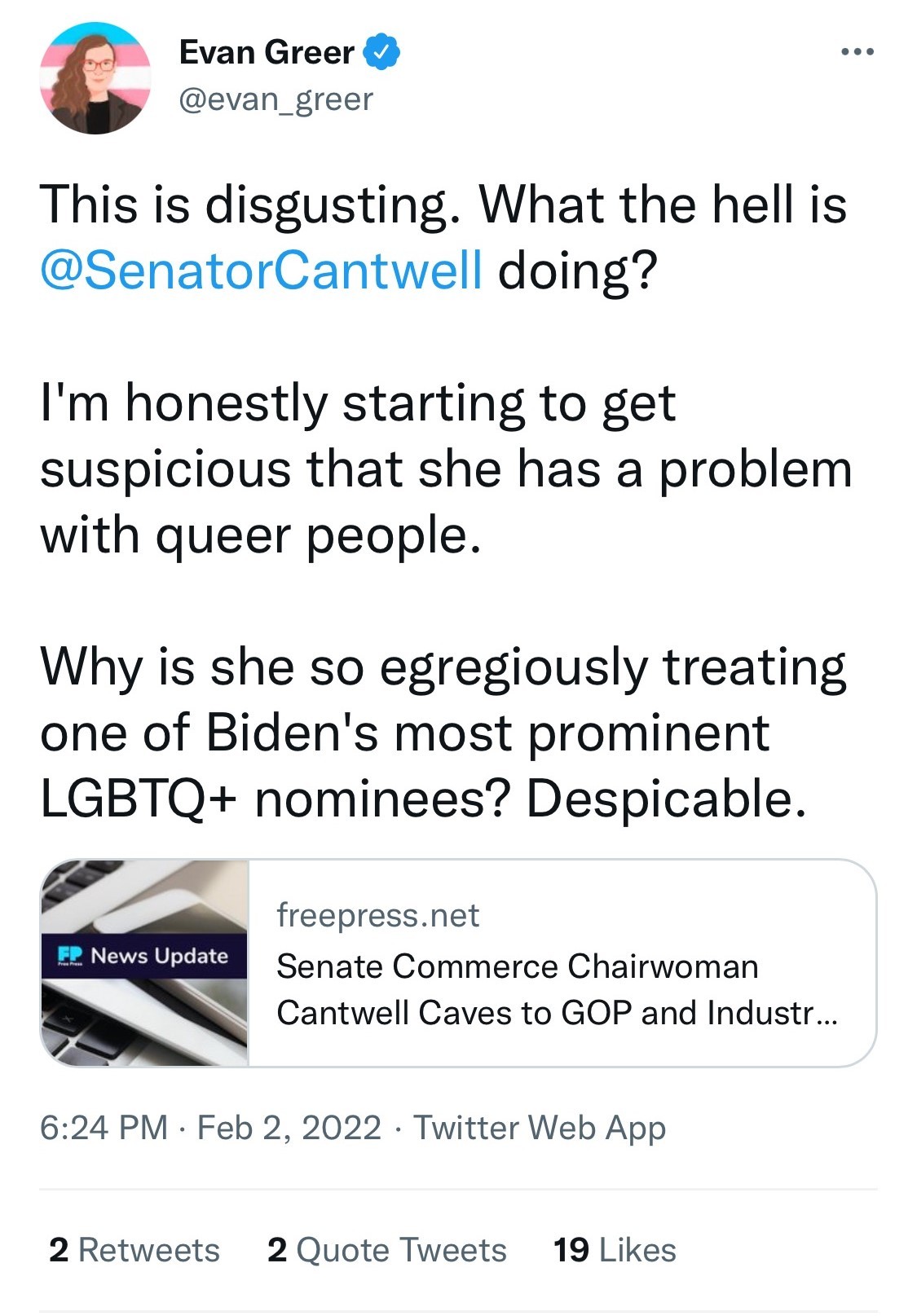 Net Neutrality activists have a history of aggressive tactics. In 2017, as the FCC prepared to repeal the Obama-era rules, nationwide protests supported by Greer’s organization escalated to the point where organized protests took place outside then-chairman Ajit Pai’s home, resulting in his family and neighbors being harassed.

In her appearance on Greer’s podcast, Gigi Sohn praised Fight For The Future and other Net Neutrality activists.

The FCC nominee told Greer that they would “celebrate together” when Net Neutrality is reinstated.

News of Sohn’s ties to the far-left radical Greer come as concern builds in the Senate over her partisan background, unusual even by the standards of the Biden administration, which has already elevated left-wing extremists to positions of influence in the federal bureaucracy.

There is a convention that the five commissioners should remain relatively nonpartisan, even though they are allocated along party lines, with three commissioners from the party occupying the White House and two from the opposition.

The Biden administration has broken that convention, sending a far-left radical, Gigi Sohn, to the Senate for confirmation.

Sohn was the co-founder and CEO of the leftist advocacy group Public Knowledge, which recently called on cable and satellite providers to drop the conservative One America News Network (OAN).

As an FCC commissioner, Sohn will be in a position of influence over cable and satellite providers.

She has also personally called on the FCC to investigate whether the Sinclair Broadcast Group, a conservative-run network of local TV stations, should hold a broadcast license. As a commissioner, she will be able to do just that.

The FCC has become increasingly important in battles over tech censorship. According to its former chairman, Ajit Pai, it has the authority to officially interpret Section 230, a law that Big Tech relies on to protect itself from censorship-related lawsuits. In the hands of the progressive left, the FCC could be used to demand more censorship, not less.

Before Net Neutrality was ever on President Obama’s agenda, Greer spent three years alongside the ACLU and other liberal organizations campaigning for Tarek Mehanna, an al-Qaeda sympathizer who was convicted on FBI charges of conspiring to kill American troops abroad in 2012.

The rights of Mehanna and other Islamic extremists were championed by the left in those days. The Guardian, a liberal newspaper in the U.K., even ran a column defending the killing of U.S. troops abroad.

That same newspaper, and those same activists, which fell over themselves to defend the right of Islamic terrorists, have said relatively little about the weaponization of the FBI and the security state against Republicans and conservatives during the Trump years and after January 6.

After 2014, Greer focused full-time on the Net Neutrality battle, campaigning for it during the Obama years and against Ajit Pai’s repeal of it during the Trump years.

Progressive activists delivered doom-laden warnings about how the repeal of Net Neutrality would lead to internet censorship, while remaining mute as Silicon Valley giants like Google and Facebook — who benefited financially from Net Neutrality — rapidly escalated censorship after 2016.

Allum Bokhari is the senior technology correspondent at Breitbart News. He is the author of #DELETED: Big Tech’s Battle to Erase the Trump Movement and Steal The Election. 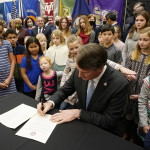 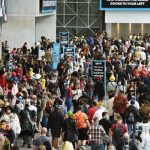