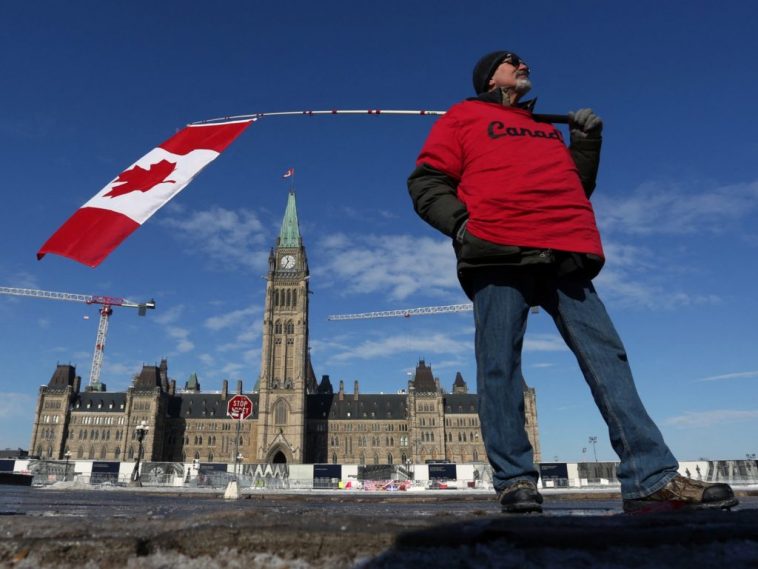 “None of this is about racism,” Randy, a demonstrator in Ottawa, ON, told Breitbart News while demonstrating in support of the Freedom Convoy.

Randy held a sign with the message “CTV-CBC FAKE NEWS” in addition to an American and Canadian flag in his right and left hands, respectively.

“I’m here to support the people and support freedom,” Randy said while on Parliament Hill. “I think the politicians should listen to the people and I think that CBC, CTV and every other news agency should simply tell the truth.”

Breitbart News invited Randy’s response to Prime Minister Justin Trudeau’s repeated denigration of Canadians opposed to his politics as “racist” and “misogynistic.” Many Canadian news media outlets repeat such defamation of those dissenting from the Trudeau government.

Randy replied, “There’s nothing about racism. None of this is about racism. There’s a lot of people coming around here trying to ask questions and make statements that it is about racism and nothing could be further from the truth.”

“We see obviously an alternative reality on the corporate media,” Nicholas observed. He described the Freedom Convoy protest as “the complete opposite of [how] media and politicians have been trying to portray it.” 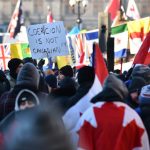 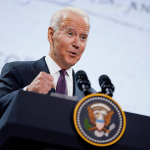