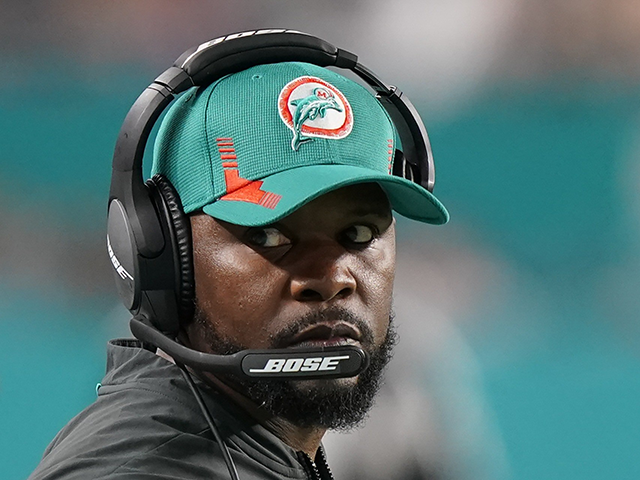 After former Miami Dolphins head coach Brian Flores sued the NFL last week and three specific teams he claims engaged in racial discrimination in its hiring practices against black coaches, Arkansas senatorial candidate Jake Bequette, who played as a defensive end for the Razorbacks and New England Patriots, shared his thoughts on the matter, which he referred to as “Colin Kaepernick 2.0” online Friday.

My thoughts on the Brian Flores situation. This is Colin Kaepernick 2.0. pic.twitter.com/PEUFhVqU1G

Claiming the entire story and narrative surrounding it “is getting totally out of control and ridiculous,” Bequette recalled the time when he played for the New England Patriots and Flores served as an assistant coach. 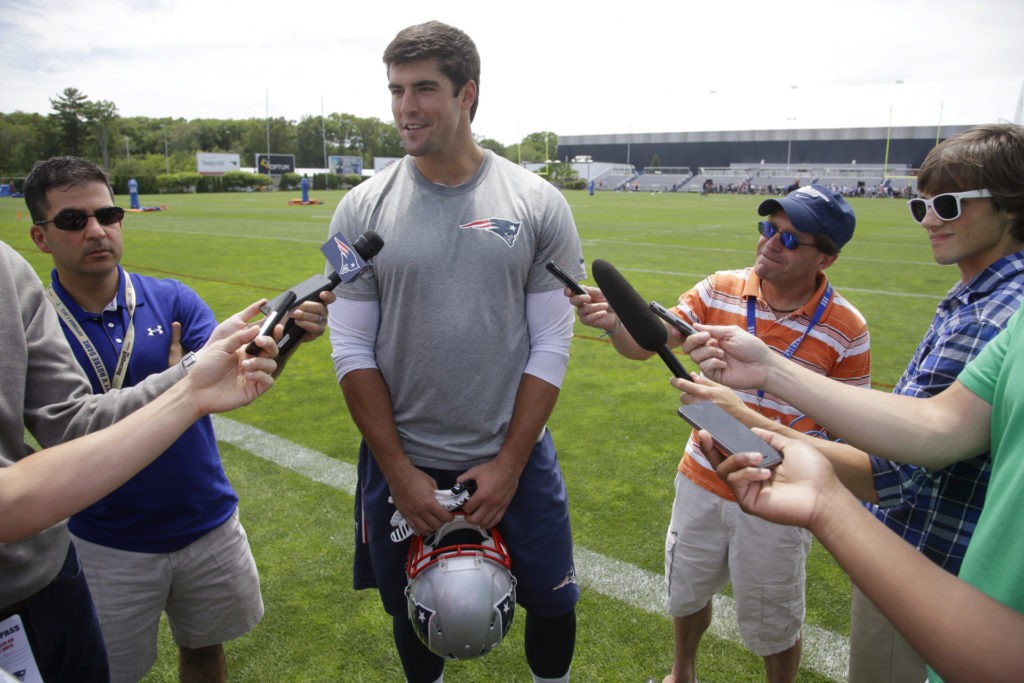 “He’s a pretty smart guy, everyone could tell he had a bright future as a coach, and I supported his hiring in Miami at the time,” he said. “But I guess there were warning signs.”

“I remember one time he tried to fight one of my teammates in a film session I saw after one of the Miami games,” he added. “He was trying to fight everybody on the field and just crazy stuff.”

Flores was fired as head coach of the Miami Dolphins last month.

Subsequently, he sued the NFL alleging racial discrimination against himself and other black coaches in a 58-page class-action lawsuit.

“This lawsuit is crazy,” he argued. “He’s alleging the NFL’s racist, that all the hiring practices have been racist.”

“[But] wait a minute, weren’t you just a head coach in the league for three seasons?” he asked. “Weren’t you just fired by a black general manager in Miami?”

The former Arkansas defensive end then explained what actually prompts the firing of NFL staff.

“He had a couple of decent seasons, nothing spectacular,” he said. “But guess what? In the NFL, as a player or coach, if you’re not spectacular you get fired.”

However, Bequette admitted things are not perfect.

“[For example,] I think the Rooney Rule is ridiculous,” he said in reference to a league policy requiring teams looking for a new head coach or team executive to interview at least one minority candidate. 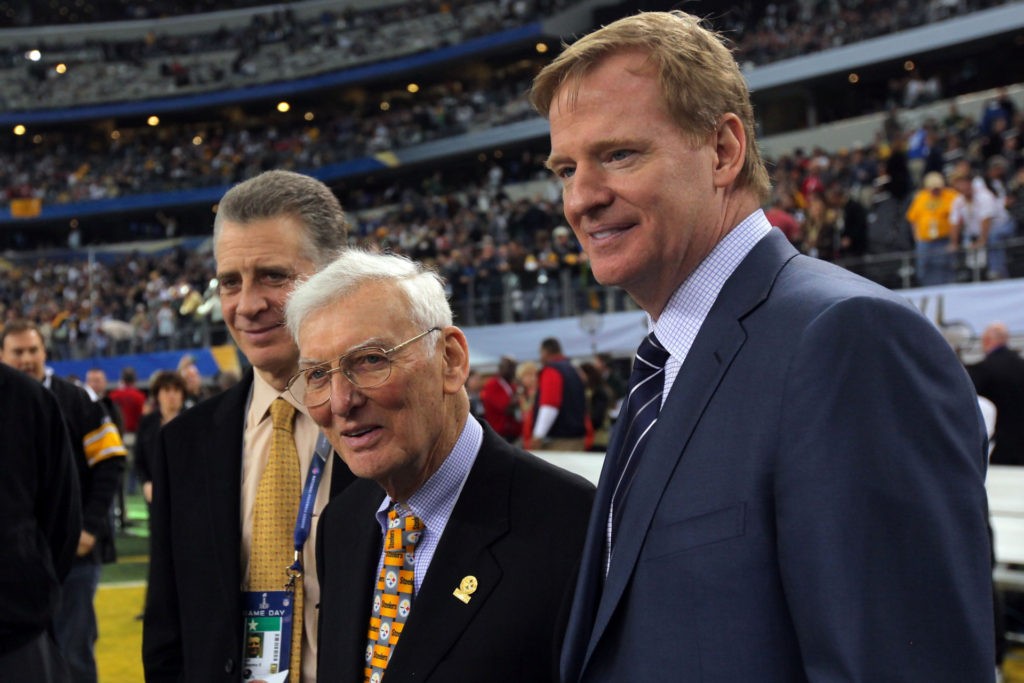 (L-R) President and co-owner Art Rooney II of the Pittsburgh Steelers, owner Dan Rooney of the Steelers and NFL Commissioner Roger Goodell on the sideline before Super Bowl XLV against the Green Bay Packers at Cowboys Stadium on February 6, 2011 in Arlington, Texas. (Doug Pensinger/Getty Images)

“To force the NFL, [or] any organization [and] really anything in the country, to institute a racial quota system for interviewing minority candidates for open positions — that’s going to do nothing but breed insecurity and resentment, as we’re seeing now, on both sides of the fence,” he added.

He then suggested imagining the same logic applying throughout the NFL.

“Could you imagine if there is a [former NFL star cornerback] Jason Sehorn rule in the NFL or [if] all NFL teams had to invite at least one white cornerback into training camp?” he asked.

“Could you imagine being that player? That would be stupid,” he added. “You’d feel stupid.” 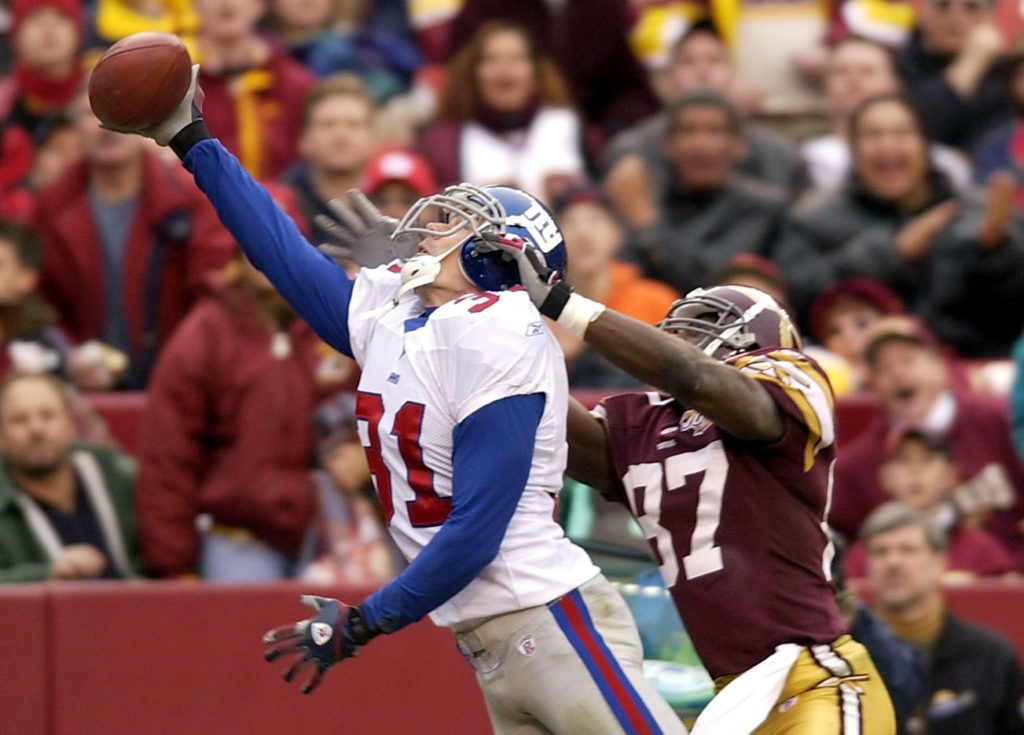 Jason Sehorn #31 of the New York Giants breaks up a pass in the endzone intended for Rod Gardner #87 of the Washington Redskins on December 8, 2002 at FedEx Field in Landover, Maryland. (Ezra Shaw/Getty Images)

He also noted there is no clear limit to applying such policies.

“The deeper question here is where does this end?” he asked.

Bequette then explained why racist hiring policies are counterproductive.

“If you don’t want to hire someone because of the color of their skin then someone else is going to hire him and make you look stupid,” he said.

“That’s the way it should be in this country,” he added.

However, according to Bequette, the left is simply seeking power, not fairness, in such matters.

“That’s what so many on the right just simply can’t understand [that] we can’t try to debate these people into submission,” he concluded. “All they care about is power.”

In July, Bequette, an Army veteran and former NFL player, announced a bid for the Senate, challenging Arkansas Sen. John Boozman in the upcoming Republican primary.

A self-described “true conservative who will advance the Trump conservative agenda,” he has accused Democrats of being “taken over by radical socialists,” while calling for completing construction of a wall along the U.S. border with Mexico that Trump advocated, but has been suspended by the Biden administration.

Last week, Bequette called House Speaker Nancy Pelosi (D-CA)  a “CCP bootlicker who deserves nothing but contempt,” after she issued a warning to U.S. athletes attending the Olympic Games in Beijing against speaking out on China’s human rights abuses. 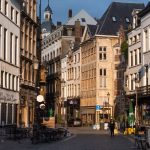 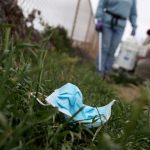