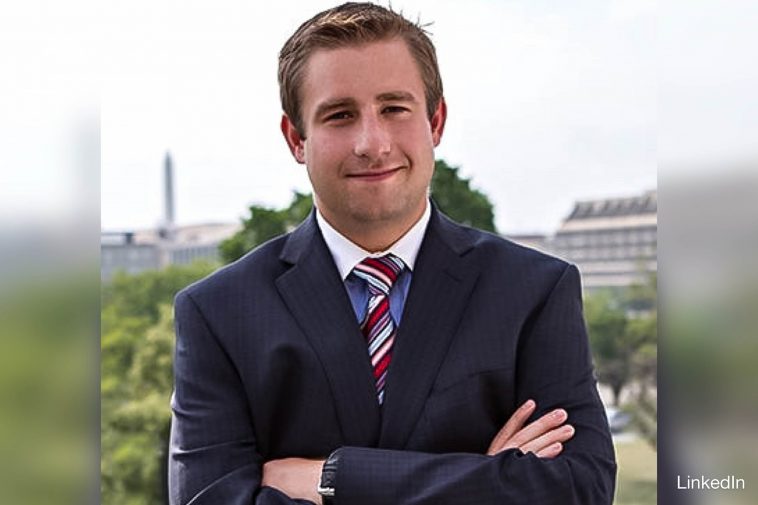 We reported on December 9, 2020, that the FBI was lying for years and that they did have documentation related to Seth Rich after all.  We shared the following:

For years we reported on the murder of Seth Rich and followed up with numerous posts about the emails that were used as the basis to create the Trump – Russia conspiracy.

For four years the FBI lied and said they had nothing on Seth Rich, but then today [December 20, 2020] we learn that the FBI has 20,000 pages and a laptop all related to Seth Rich.  The Deep State FBI liars finally brought the Seth Rich case out of the closet.

This story started with the release of emails by WikiLeaks related to the DNC and Hillary’s Campaign Manager creepy John Podesta.  Within days, in June 2016, Ellen Nakashima, a Deep State favorite from the Washington Post, released a report that the Democrat National Committee (DNC) had been hacked by Russia. The firm that validated this was Crowdstrike and its President Shawn Henry confirmed the claims.

In December 2016, Ms. Nakashima followed up her reporting with the outlandish claim that the CIA had determined that Russia hacked the DNC because Russia wanted Trump to win the election. Nakashima also reported that the Intel Community had determined that Russia also sent the emails to WikiLeaks. This position was reinforced by the Mueller gang in their efforts to have President Trump removed from office.

WikiLeaks did release DNC emails related to John Podesta, Hillary Clinton’s Campaign Manager, in the months before the 2016 Presidential election which showed massive corruption combined with an elitist attitude from members of the Hillary Clinton team – all willing to do whatever it took to win the election.

The Trump – Russia fairy tale sounded fraudulent from the start and even preposterous.

On March 8, 2020 and before on June 16, 2019, we presented arguments against the Mueller gang’s assertion that the DNC was hacked by Russians.

Cyber expert Yaacov Apelbaum posted an incredible report with information basically proving that the DNC was not hacked by the Russians.

Then, after years of being hidden by corrupt-lying Representative Adam Schiff in Congress, a number of testimonies related to the Russia collusion sham were unveiled after Schiff received pressure from Richard Grenell, the Acting Director of National Intelligence (ADNI) to release the transcripts. One transcript was from Crowdstrike’s Shawn Henry who stated under oath that Crowdstrike had no evidence that Russia even “exfiltrated” the emails from the DNC. The whole ‘Russia stole the DNC emails and sent them to WikiLeaks’ story was a fraud.

Many people suspected that in 2016 a young man working for the DNC by the name of Seth Rich, copied emails from the DNC and shared them with WikiLeaks. Mr. Rich was murdered in Washington D.C. in July 2016 and it was labeled a robbery, but his wallet, phone, and watch were found on his person when the police arrived at the scene. We reported numerous oddities surrounding his death.

The Mueller gang never looked into the Seth Rich matter [per our report in December 2020 – see below for an update] and never interviewed Julian Assange from WikiLeaks to determine who provided Assange the DNC emails which were reportedly the cause of the Russia collusion sham.  We know this based on his thousand pages of reports where this is never mentioned.

We reported in mid-February 2020 how Attorney Ty Clevenger, who represents a client who is being sued for his comments about Seth Rich, reported to the courts that despite numerous assurances from the FBI that they had no information related to Seth Rich, emails related to Seth Rich were identified and provided to Judicial Watch. It looked like the FBI was lying to Clevenger all along.

(There is much, much more in our prior posts that refer to this matter. Please take a look.)

For years the Seth Rich story has been covered up and labeled a conspiracy.  In April 2020 we reported that Judicial Watch released documents obtained in a FOIA request. These emails revealed that corrupt cops Peter Strzok and Jonathan Moffa were copied in an email regarding a report from Daily Mail where ex-Brit Craig Murray claimed he traveled to Washington DC and obtained Clinton emails in an exchange in a wooded area near American University.

(Here is a link to the article that was shared between the dirty cops in 2016.)

In an April 2020 post related to this subject we detailed the many actions taken over the past few years to determine if Seth Rich was the one who provided emails to WikiLeaks.  In this post, transcripts of a conversation between George Papadopoulos and a confidential informant believed to be Stefan Halper were released by the DOJ. These transcripts confirm that Papadopoulos was spied on and recorded and that they discussed the WikiLeaks emails and likely Seth Rich (his name is redacted).

We know from another April 2020 report that a Deep State Anti-Trump former Assistant US Attorney claimed under oath that the FBI did examine Seth Rich’s computer and that she met with an FBI Agent and prosecutor from the Mueller gang. Her name is Deborah Sines. Her statements indicate the meeting should have been recorded but the FBI continued to claim no records related to Seth Rich are available!

In early May (as we reported at the time), Attorney Ty Clevenger wrote to Richard Grenell at the DNI and shared the following:

I am reliably informed that the NSA or its partners intercepted at least some of the communications between Mr. Rich and Wikileaks. Before elaborating on that, however, I should first note the extent to which the “deep state” has already tried to cover up information about Mr. Rich. In an October 9, 2018 affidavit submitted in a Freedom of Information Act lawsuit, FBI section chief David M. Hardy testified that (1) the FBI did not investigate any matters pertaining to Mr. Rich, and (2) the FBI was unable to locate any records about Mr. Rich. Both claims were unequivocally false.

According to Ty, the NSA, knows exactly who sent the records to Wikileaks. So does the FBI.

It was then suspected that the CIA had a more prominent role in the fabrication that Russians hacked the DNC and “fingerprints” were identified in the purported hacking.

The attorneys requested relief from the court because they believed the delay in providing records from the DOJ and FBI was so no records would have to be produced before the 2020 election. If the records show Seth Rich provided the emails to WikiLeaks then it would prove: “(1) Special Counsel Robert Mueller’s entire investigation of President Donald J. Trump was premised on a fraud, and (2) current FBI and DOJ officials aided and abetted that fraud.”

Then in July 2020, we received word from attorney Ty Clevenger, that the FBI was declining to provide any documents related to former DOJ Attorney Sines per a FOIA request because of an ‘invasion of personal privacy’. This is despite Sines publicly stating she discussed the Seth Rich case with the Mueller gang.

This was basically the last we heard from Ty Clevenger about Seth Rich until today [December 20, 2020].  For some unknown reason the FBI reached out to Clevenger and admitted having 20,000 pages of documents and Seth Rich’s laptop:

This leads us to today:

Attorney Ty Clevenger received another batch of documents from the FBI.  This time the FBI provided an index of records from the FBI, and #19 is particularly interesting:

“FD-302 documenting the interview of a third party regarding the homicide of Seth Rich, dated March 26, 2018.” After several years of investigative reporting we now know there is no evidence Russia hacked the DNC and sent the hacked emails to WikiLeaks.

Attorney Ty Clevenger has been asserting for years that the FBI and/or DNI has been covering up the fact that they have communications between Seth Rich and WikiLeaks they finally notify Clevenger that they basically lied and have thousands of pages of documents and Seth Rich’s laptop.  And now they admit interviewing someone in March 2018, related to this case.

What a disgrace our FBI has become.