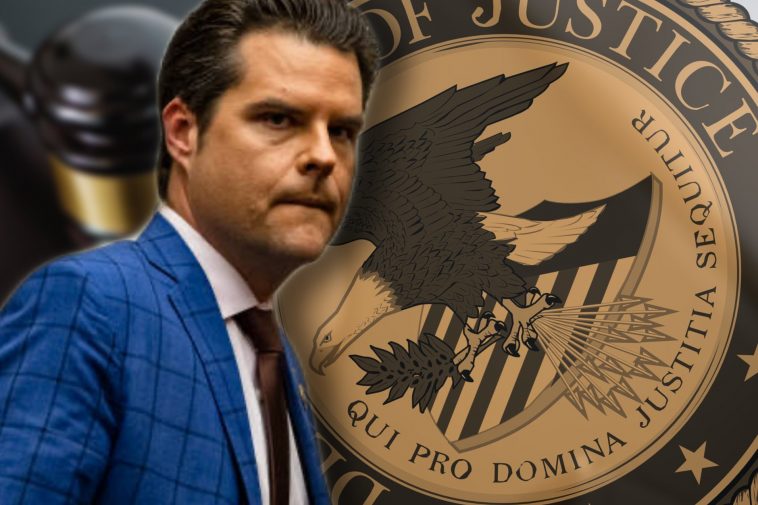 The Gateway Pundit later spoke with a source close to Matt Gaetz who told us this NY Times report was completely false. Gaetz is not the target of the investigation.  We were also told none of the women he was seeing were underage.

It’s not a surprise the left is after Gaetz since he is such an effective communicator and a staunch Trump supporter.

Rep. Gaetz told Axios “the allegations were as searing as they are false.”

Matt Gaetz UNLOADED on a former Justice Department official who was threatening his family and accused one of his.

Tucker Carlson: …First of all, who is this Department of Justice former employee who is trying to extort the money from you.

Rep. Gaetz: His name is David McGee… He currently works at the Beggs and Lane law firm.

The Gateway Pundit wrote Attorney David McGee on Tuesday regarding Rep. Gaetz’s accusations.
We did not hear back from McGee.

“Over the past several weeks my family and I have been victims of an organized criminal extortion involving a former DOJ official seeking $25 million while threatening to smear my name. We have been cooperating with federal authorities in this matter and my father has even been wearing a wire at the FBI’s direction to catch these criminals. The planted leak to the New York Times tonight was intended to thwart that investigation. No part of the allegations against me are true, and the people pushing these lies are targets of the ongoing extortion investigation. I demand the DOJ immediately release the tapes, made at their direction, which implicate their former colleague in crimes against me based on false allegations.” -Rep. Matt Gaetz

According to The Washington Examiner, the announcement by the Justice Department marks a turnaround as Alford initially entered a not guilty plea. A charge of tampering with evidence was tossed, according to Northwest Florida Daily News .

Every media outlet that smeared @mattgaetz should spend equal time apologizing to Matt & his family for lying.

It’s been obvious from the start it was all a lie, & an attempt to take down one of the strongest fighters in Congress.