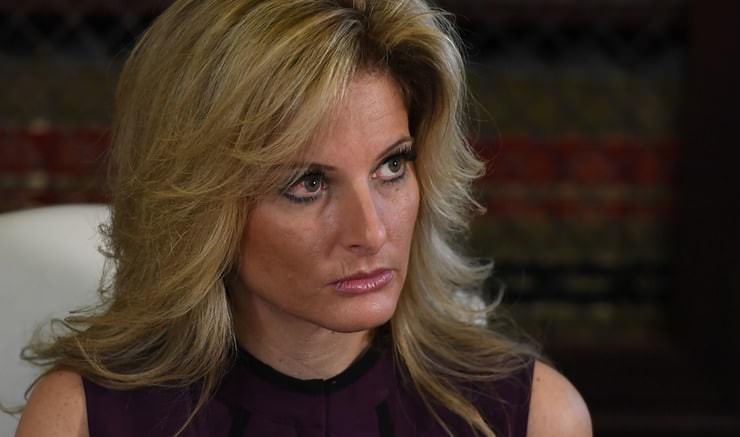 Summer Zervos who was a contestant on ‘The Apprentice’ with Donald Trump sued the former president for defamation several years ago.

In October 2016 she claimed that Trump sexually harassed her.

But, as it turned out, it was Zervos who continued to stay in contact with Trump.

In 2016, Trump said he “never met her at a hotel or greeted her inappropriately a decade ago.”

Zervos hired liberal bottom feeder Gloria Allred to represent her in her suit against Trump.

John Barry, cousin of Summer Zervos, previously told Fox News host Judge Jeanine that she was unhappy that Trump would not visit her SoCal restaurant. John added that his cousin likes to sue people.

On Thursday, Zervos agreed to end her defamation suit against Trump.

The case was “dismissed and discontinued.”

Trump did not pay Summer Zervos, according to his attorney Alina Habba.

“She had no choice but to do so as the facts unearthed in this matter made it abundantly clear that our client did nothing wrong,” Trump’s attorney Alina Habba said in a statement to ABC News. “It is a privilege to defend President Trump, who has been relentlessly attacked and viciously hounded by bad faith actors.”