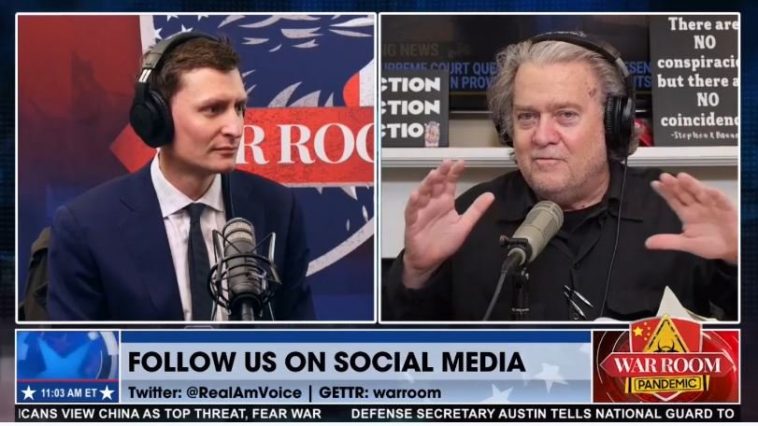 Right off the bat Masters told Steve Bannon “you don’t negotiate with terrorists” when asked how he would deal with the destructive Democrat agenda.

Blake Masters: I think we don’t help the Democrats in their quest to ruin the country. Build Back Better, this bill, is an abomination… I believe that you don’t negotiate with terrorists. And I think the Democratic Party, Schumer, Pelosi and Biden are holding us hostage.

** You can donate to Blake’s campaign here.

Steve Bannon then took time during his popular internet show to explain to his audience how Blake Masters helped the Trump Transition Team following the 2016 election.
This was an exceptional segment.