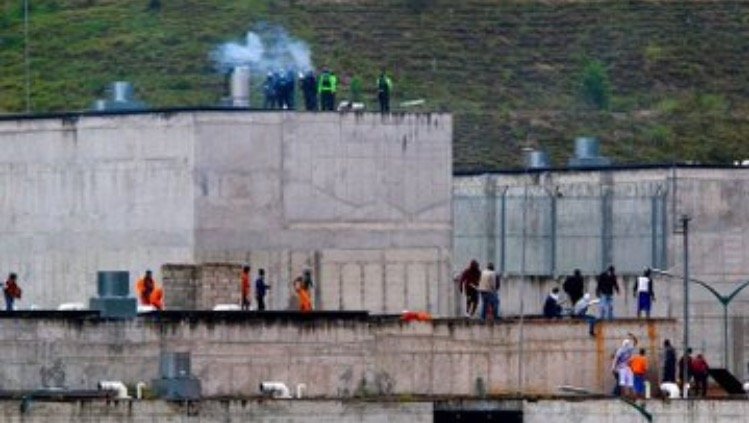 At least 68 inmates are dead after riots erupted in a prison in Ecuador on Saturday.

Saturday’s 8-hour long battle inside the Litoral Penitentiary between rival gangs is the latest cycle of violence to hit one of Ecuador’s prisons.

In September, 119 people were killed in a one of Ecuador’s worst prison massacres ever.

Inmates “tried to dynamite a wall to get into pavilion 2 to carry out a massacre. They also burned mattresses to try to to drown (their rivals) in smoke,” said Gov. Pablo Arosemena of Guayas province where Guayaquil is located.

“We are fighting against drug trafficking,” Arosemena said. “It is very hard.”

According to reports, inmates were armed with guns and explosives.

Some unconfirmed reports claim inmates also had machetes and chainsaws and at least 5 people were beheaded.

The fighting lasted for almost eight hours in the lockup in the coastal city of Guayaquil and authorities attributed the fighting to prison gangs linked to international drug cartels. Videos circulating on social media showed bodies, some burned, lying on the ground inside the prison.

JUST IN 🚨 Dozens dead in prison riots in Ecuador pic.twitter.com/vqlcGeKG1p

Unconfirmed video of bodies lying on the ground burning in the prison on Saturday circulated social media: