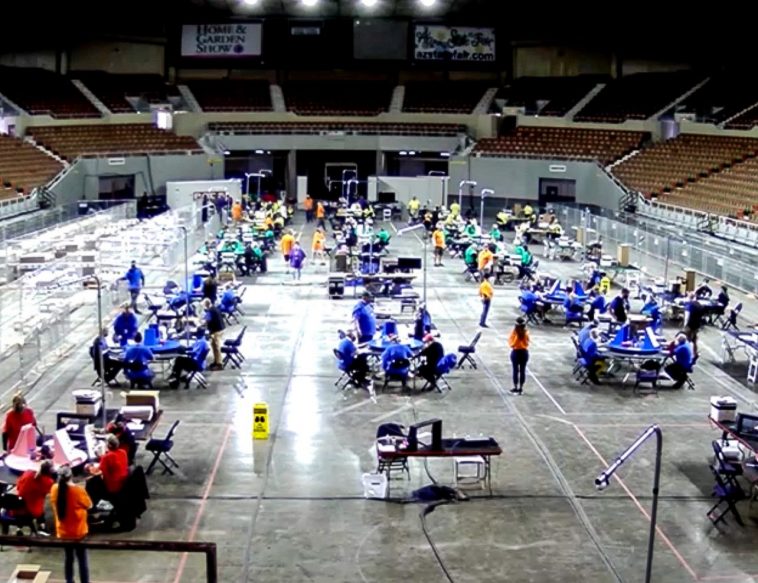 The Gateway Pundit has reported extensively on the Arizona audit and the author used one of our articles as a source.

Every phase of this process was live-streamed and the ballots were protected at all times with armed security.

This was the most transparent and secure process in auditing history.

TGP EXCLUSIVE: What I Witnessed on the Arizona Auditing Floor – The Ballots Are Scanned, Tested and Documented – The Process is Well Organized and VERY Secure

The audit is still not complete as we wait for more wireless systems(Splunk logs, routers) to be audited.

Audit spokesman Randy Pullen said that the Senate, in conjunction with Maricopa County, is still selecting a network engineer to assist with the audit.

Arizona State Senator Wendy Rogers released this review of the 2020 election audit on her website.

The data shows that the full forensic audit of Maricopa County’s election was not just a paper recount.

The Arizona Senate chose Cyber Ninjas, a Florida company owned by Doug Logan, to conduct a complete forensic audit of the Maricopa County 2020 election. This audit consisted of counting all 2.1 million ballots cast in Maricopa County (the 4th largest county in all of the United States), forensically investigating the ballots themselves in addition to investigating the voting machines used in the election. The MSM’s sensational headlines about how Arizona’s forensic audit of Maricopa County found 360 more votes for Biden than Trump has captured headlines, and the story ends there for almost every article you read. What they fail to tell you is the real meat of the findings: over 57,000 fraudulent ballots!

MCTEC Deleted All Of The Election Files:

Canvassing Revealed Up To 173,000 Missing Ballots In Maricopa County:

State Of Arizona Study Could Not Identify 58% Of Voters As Real Humans:

Democrats Themselves Testified That Voting Machines Are Not Secure:

BREAKING: THE LIST – Nearly 700,000 Maricopa County Ballots Identified with Issues from the Audit and Separate Canvassing Work to Date

This anonymous report identifies over one million ballot discrepancies.

All evidence of fraud in the 2020 election has been turned over to Arizona Attorney General Mark Brnovich; he must stand up for the Constitution and indict the corrupt elections officials.

Arizona State Senator Wendy Rogers has already surpassed 1 million signatures on her nationwide petition to decertify this clearly fraudulent election. If you have not already, sign HERE.

Rogers has assembled over one hundred legislators from almost every state in the Union to sign this letter.

Contact your state legislators and demand they sign onto the Audit 50 States Letter so that we may restore confidence in our elections.

Contact Arizona Attorney General Mark Brnovich HERE, to demand arrests for the Crime of The Century.