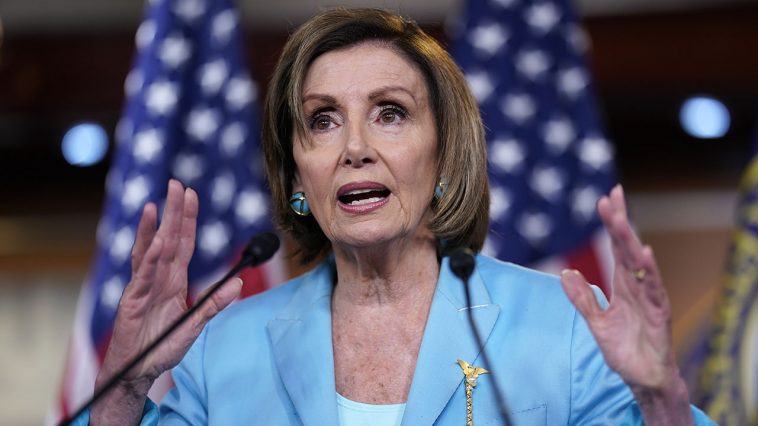 The U.S. House of Representatives passed two bills to address the baby formula shortage Wednesday, with one vote far more partisan than the other and after a Republican leader condemned one measure as “covering up” the real problem.

The House voted 414-9 to pass H.R. 7791, a measure that would allow low-income women to purchase more baby formula through the federal Women, Infant and Children (WIC) program.

In a more partisan vote, 231-192, the House passed H.R. 7790, the Infant Formula Supplemental Appropriations Act of 2022. The bill provides $28 million in emergency appropriations for the Food and Drug Administration (FDA) to address the shortage of FDA-regulated infant formula and prevent further shortages, including efforts to “prevent fraudulent products from entering the United States market.”

House Speaker Nancy Pelosi, D-Calif., heralded the legislation as an effort “to secure important flexibility for the WIC program to help vulnerable families buy infant formula in times of emergency.” She said H.R. 7791 would empower WIC to respond to supply chain disruptions by relaxing “certain non-safety-related regulations – and in doing so, make sure America’s babies get the nutrition they need right now and for the future.”

She also praised the appropriations bill for delivering “urgently needed resources” to the FDA.

House Minority Whip Steve Scalise, R-La., sent out a memo Wednesday urging Republicans to vote “no” on the appropriations bill, The Hill reported.

He claimed Pelosi proposed the legislation “in hopes of covering up the administration’s ineptitude by throwing additional money at the FDA with no plan to actually fix the problem, all while failing to hold the FDA accountable.”

SWITCHING BABY FORMULAS? HERE’S WHAT YOU NEED TO KNOW

House Republican Conference Chair Elise Stefanik, R-N.Y., proposed Wednesday a GOP bill to address the shortage, the Babies Need More Fomula Now Act. That bill would increase the supply of baby formula by lifting restrictions on the importation of infant formula and reducing barriers to innovation by new brands.

The GOP bill would also establish oversight and accountability at the FDA to ensure that the agency can act quickly to maintain a healthy supply of baby formula in the future.

In comments to Fox Business, Turnaround CEO Harry Wilson, who led the turnaround of General Motors after it filed for bankruptcy in 2009 and who is running for governor of New York, blamed the Biden administration’s “bureaucratic bungling” for the crisis.

“Because of bureaucratic bungling, slowness and not dealing with the implications of an oversupply economy, we now have this tragic shortage that’s really hurting families across the country,” Harry Wilson said.

Wilson said the recession the U.S. is potentially facing under Biden may be “more complicated, harder to solve and just as dire” as the 2008 economic crisis and is partly to blame for the fear and uncertainty many parents are facing following the Abbott plant shutdown.

“There are other effects driven by excess demand, driven by federal government spending. So, for example, because there’s excess demand, that’s putting strain on both freight and labor and well, that’s true for the whole economy,” Wilson said.

President Biden invoked the Defense Production Act on Wednesday and directed the Department of Defense to pick up formula from overseas that meets U.S. health standards.

About 43% of the baby formula supply nationwide was out-of-stock at the beginning of this month, according to Datasembly, which tracks retail stores across the United States.

The baby formula shortage has led to empty shelves across the country. (Fox News Digital)

Abbott, the largest infant formula manufacturer in the U.S., temporarily shut down its Michigan plant and recalled several of its brands, compounding an already-squeezed baby formula supply that had faced supply chain issues.

Four infants who had consumed Abbott’s products were hospitalized with bacterial infections, though the company has denied that its formula caused the illnesses.

The FDA reached a deal with Abbott to temporarily reopen that Michigan plant on Monday, but it could be two weeks before production begins and six to eight weeks before formula hits shelves. 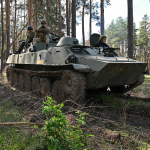 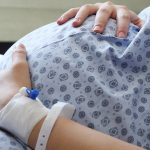