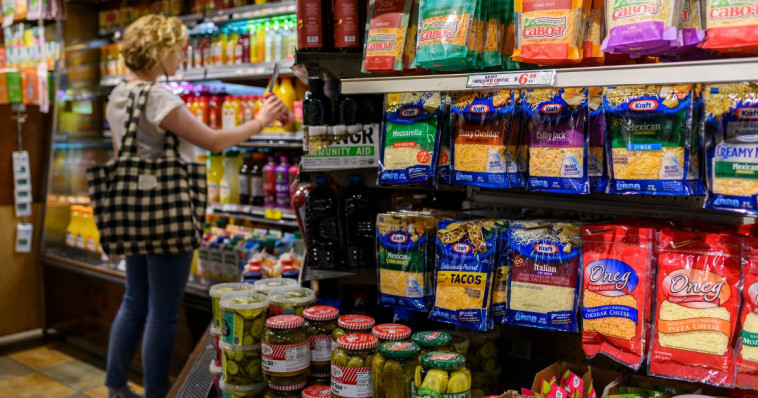 The Biden administration is calling for a new rule that would put nutrition information on the front of food labels in the name of equity and health.

The rule is among many proposals developed for consideration Wednesday at the White House Conference on Hunger, Nutrition, and Health, according to NBC News.

In its executive summary of the strategy, the White House calls for the Food and Drug Administration to “develop a front-of-package (FOP) labeling system to quickly and easily communicate nutrition information.”

“FOP labeling systems — such as star ratings or traffic light schemes — can promote equitable access to nutrition information and healthier choices and could also prompt industry to reformulate foods to be healthier,” the document said.

The strategy said the FDA “will conduct research and propose developing a standardized FOP labeling system for food packages to help consumers, particularly those with lower nutrition literacy, quickly and easily identify foods that are part of a healthy eating pattern.”

The task force report on which the strategy is based said its members were spilt over whether any new labeling rules should be voluntary or mandatory.

The report said the change would not come without a cost.

“Congress should provide funding for consumer education to support public use of such a label,” the task force said.

Are you in favor of the plan to put nutrition labels on the front of packages?

The White House strategy also called for lowering sugar and sodium content in foods through voluntary targets for the amount of those ingredients in food.

The Biden administration also wants to take a stab at reducing advertising for what it calls unhealthy foods, especially to minority groups.

“Food, beverage, and restaurant companies spend nearly $14 billion per year on marketing in the U.S. More than 80% of this advertising promotes fast food, sugary drinks, candy, and unhealthy snacks that are high in sodium, added sugars, and/or saturated fat,” the report said.

“Companies also use a wide variety of highly effective techniques to target sales of unhealthy foods to adolescents and children, particularly Black and Hispanic children. The Administration will pursue steps to address the marketing of unhealthy foods,” it said.

Although not included in the final White House report, the task force whose work undergirded the report said the FDA “should encourage large third-party food ordering and food delivery platforms (e.g., Uber Eats, DoorDash) to provide calorie and other nutrition information at the point of purchase for all restaurants and other retailers otherwise required to provide such information.”

“An example of how this could be accomplished is by encouraging these platforms to link to calorie and nutrition information provided by the restaurant from which the food originates,” it said.