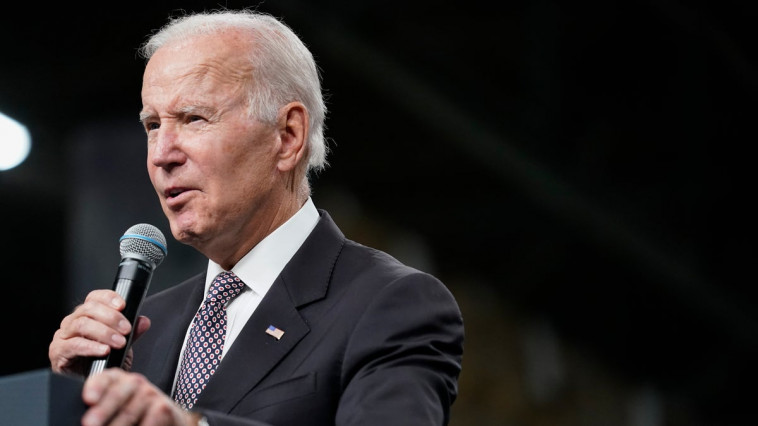 President Joe Biden said in an address to the Democratic Senatorial Campaign Committee on Thursday night that the country under his leadership is as close to “Armageddon” as it has been since the Cuban Missile Crisis in the 1960s.

“[Putin was] not joking when he talks about the use of tactical nuclear weapons or biological or chemical weapons.” Biden said. “We have not faced the prospect of Armageddon since Kennedy and the Cuban Missile Crisis.”

Russia has hinted several times at the possibility it could unleash weapons of mass destruction in its battle with Ukrainian forces if Putin believes the fate of the country is at risk.

“I want to remind you that our country also has various means of destruction, and for separate components and more modern than those of NATO countries, and when the territorial integrity of our country is threatened, to protect Russia and our people, we will certainly use all the means at our disposal,” Putin said in an address last month.

“I don’t think there is any such a thing as the ability to easily use a tactical weapon and not end up with Armageddon,” Biden said at the Thursday evening speech.

Fox News’ Anders Hagstrom and The Associated Press contributed to this report.

Max Thornberry is an associate editor for Fox News Digital. You can reach him at Max.Thornberry@fox.com and on Twitter @Max_Thornberry

Biden truly is a piece of shit. Hate to say it but better him than the HO Kamala for now.