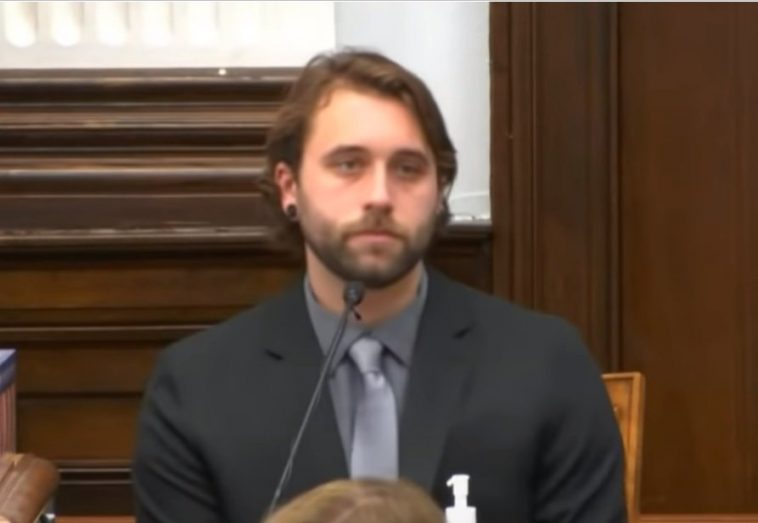 Suspected witness tampering is uncovered in the Kyle Rittenhouse case as star witness Gaige Grosskreutz, who aimed his gun at Rittenhouse, had charges dropped by the prosecutor only days before being a witness in the case.

We reported on Gaige Grosskreutz multiple times since last August when he had his arm nearly blown off by Kyle Rittenhouse after he pointed his gun at Kyle.  For some reason, Grosskreutz has not been charged as a felon in possession of a firearm and attempting to kill Kyle Rittenhouse, even though at the time of the event, Grosskreutz was a felon.

Why Has Gaige Grosskreutz Who Aimed Gun at Kyle Rittenhouse Not Been Charged with Attempted Murder?

But what we have found is that in his long list of violations, Grosskreutz was arrested with his second OWI (operating while intoxicated) and a case was filed on January 21, 2021.  This was only a couple of months after he attempted to kill Kyle Rittenhouse.

The unusual coincidence is that this case was dismissed only a couple of days before Grosskreutz gave his testimony in the Rittenhouse case on October 28, 2021.  See case data below: Along with the above charge, another charge for refusing to take a blood-alcohol test was also dismissed on October 28, 2021.  Again, this was only a couple of days before Grosskreutz testified in the Rittenhouse case.

Here is some more on these dismissals.

Was the state tampering with a witness or was this all above board?