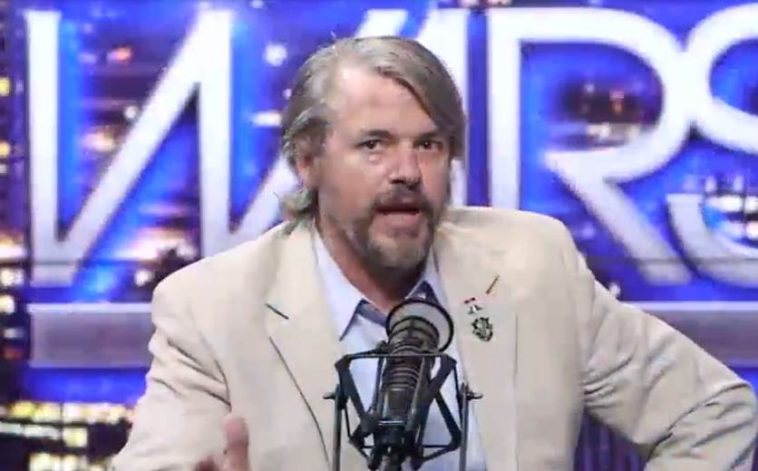 On September 30th, at 3:45 PM Eastern the FBI raided Jeremy Brown’s home and arrested Jeremy. The charge is trespassing. We were notified this morning by his family and an attorney.

The FBI searched his house, RV, and trailer. Then they arrested Jeremy and took him away.
Jeremy’s family contacted The Gateway Pundit the following morning.

The Gateway Pundit spoke with Jeremy’s girlfriend after his arrest. She told us Jeremy would later appear in Pinellas County Court. Jeremy was charged with trespassing, a misdemeanor. The judge refused to release Jeremy Brown from jail for standing outside the US Capitol and rescuing a woman on Jan. 6.

Jeremy Brown NEVER entered the US Capitol on January 6. His actual crime was refusing to be an FBI informant as we describe below.

As we reported months ago, Jeremy Brown refused to be an informant for the dirty FBI — They wanted him to be one of their operatives at the Jan. 6 Trump rallies. He refused So they stormed his home at 3:45 PM on Thursday and arrested him on bogus misdemeanor charges.

In October Jeremy Brown went to court.  Jeremy’s girlfriend contacted The Gateway Pundit with details.  The judge refused to grant him bail again. ** Please donate to the Jeremy Brown Defense Fund.
This veteran and patriot needs our help.

On Monday Jeremy Brown announced a hunger strike until his liberty is restored.

Jeremy Brown is an innocent man and patriot.

Jeremy Brown is sitting in isolation in prison because he out Chris Wray’s FBI and the dirty tactics they are using to target patriotic Americans.

Jeremy released this statement on Monday at Just Another Channel.

You MUST watch this powerful video to understand what your government is doing to its people.

Please pray for Jeremy Brown and his family.

Please pray for your country before it is too late.

And please help Jeremy Brown if you can.