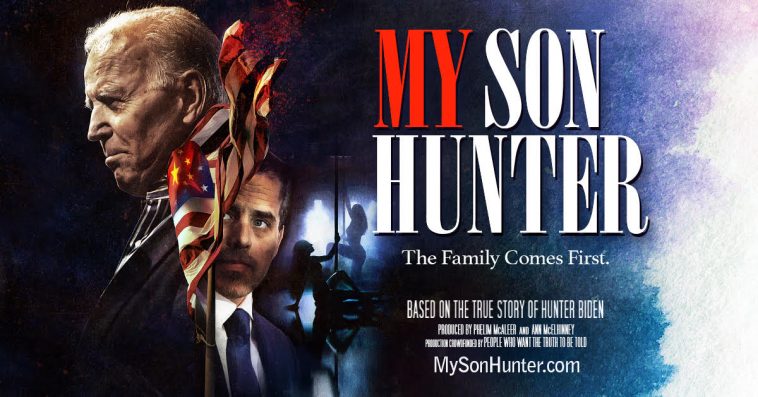 Actress Gina Carano was fired by Lucasfilm for posting a Nazi analogy on her Instagram.

The Gateway Pundit reported at the time:

‘The Mandalorian’ actress Gina Carano was fired by Lucasfilm this week for posting a Nazi analogy to her social media page.

“Jews were beaten in the streets, not by Nazi soldiers but by their neighbors…even by children. Because history is edited, most people today don’t realize that to get to the point where Nazi soldiers could easily round up thousands of Jews, the government first made their own neighbors hate them simply for being Jews. How is that any different from hating someone for their political views” – Gina Carano said in the caption of her Instagram post.

Now, Carano is starring in a film about Hunter Biden.

She will be playing a Secret Service agent who is “present at most of the Biden family’s dodgy dealings.” Carano, 39, has been working ‘under wraps’ on the film in Serbia for several weeks, but DailyMail.com can now exclusively reveal her role in the biopic.

‘She is a world-weary secret service agent present at most of the Biden family’s dodgy dealings,’ one of the filmmakers, Phelim McAleer, described of Carano’s role. ‘She provides a voice of truth and Sardonic comedy over the absurd dealings of the Biden family and various Chinese, Russian, and Ukrainian oligarchs.’

In a minute-long video from the set announcing her role, Carano got a smooch on the cheek from co-star Laurence Fox, who is playing Hunter Biden.

For more on the film, go to mysonhunter.com.