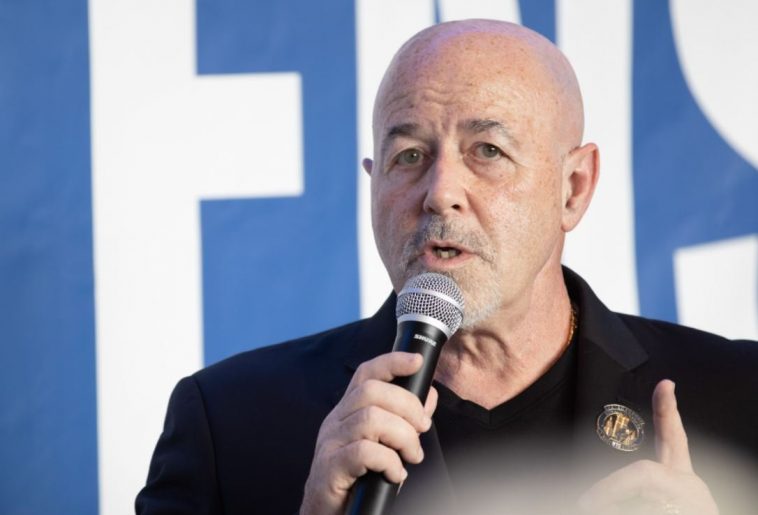 But there is only one problem with their assertion, Bernie Kerik was in New York City at the time.

This is fake news.

And for the record, discussing the fraud in the 2020 election is not a crime – even if Bernie would have been there.

We are ruled by tyrants, fools and idiots.

Earlier this month, the Jan. 6 commission in Congress made headlines when it issued a subpoena alleging lawmakers had “credible evidence” that on the day before the Capitol riot former New York Police Commissioner Bernard Kerik attended a meeting at the posh Willard Hotel in Washington where Trump advisers discussed how to overturn the November 2020 election.

The subpoena even cited an impressive source: a book by famed investigative journalist Bob Woodward. You can read that here: There’s just one problem for Chairman Bennie Thompson (D-Miss.) and his investigators.

Kerik was 300 miles away in the New York City area on Jan. 5, 2021, according to his own car’s toll booth records reviewed by Just the News. He left Washington the night of Jan. 4 and did not return until the morning of the riots, according to Kerik’s own account at a speech this weekend in Chicago.

And that book by Woodward? It makes no claim about Kerik attending a meeting at the Willard on Jan. 5. In fact, the book doesn’t even mention the former NYPD commission once in its 482 pages.

Woodward and his coauthor, fellow Washington Post journalist Robert Costa, confirmed to Just the News in a statement Monday night that they did not allege Kerik attended a Jan. 5 meeting at the Willard.

“The subpoena for Mr. Kerik references page 234 of our book, ‘Peril,’” the Post journalists said. “That page, however, does not mention Mr. Kerik in any way. In fact, he is not mentioned anywhere in our book.”