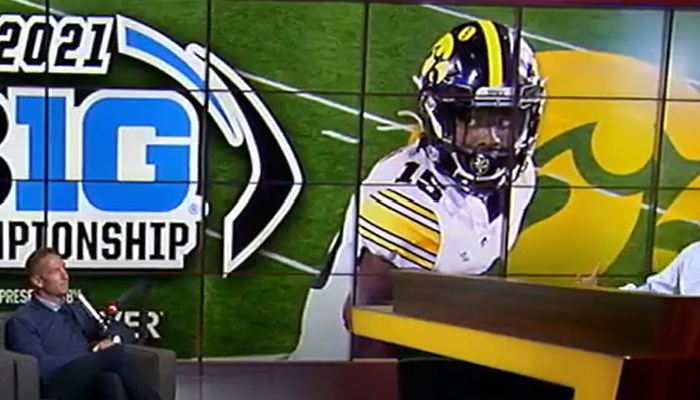 This past Saturday’s edition of “The Game” – the annual college football matchup between the Michigan Wolverines and the Ohio State Buckeyes – saw the Wolverines beat their archrivals 42-27 on a snowy afternoon in Ann Arbor, marking their first victory in the rivalry since 2011. As is typical custom, thousands upon thousands of fans flooded the fields to revel with players and coaches in the glory they had not experienced in this rivalry for nearly a decade.

Oddly enough, in the days after the Maize n’ Blue faithful stormed the field, the media and leftist politicians did not throw a hissy fit at what they would normally characterize a “super spreader event,” since they hate everything that’s fun (except of course when Nancy Pelosi decides to party maskless). This caught the attention of Fox Sports Radio host Colin Cowherd, who poked fun at the COVID mob on his show guest Joel Klatt, a college football analyst:

“Did all the wokey people say it’s a super spreader or something?” Cowherd asked.

“Didn’t hear the wokey people,” Klatt answered. “Fauci was in the back having convulsions… Everything about Saturday was true Americana.”

Cowherd and Klatt’s mocking of the Left is not only hilarious but also reveals a positive trend in the world of sports: the Left’s COVID fear-mongering is no longer working.

Naturally, the Left has lost a majority of its influence on the college football landscape, as that is where the famous “F— Joe Biden” chants started and gained popularity. That is why they have given up on trying to ruin everyone’s fun in this area because they realize that people just don’t care about what Dr. Fauci has to say about safety.

All was possible because we have seen that there are still people who choose not to order their lives around the fear of a virus. Instead, they choose to keep on living and enjoying the best parts of life, like beating an archrival in one of the best annual matchups in American sports.

The rest of America should take notice of the example that college football fans have set and implement that in every other sphere of our culture.