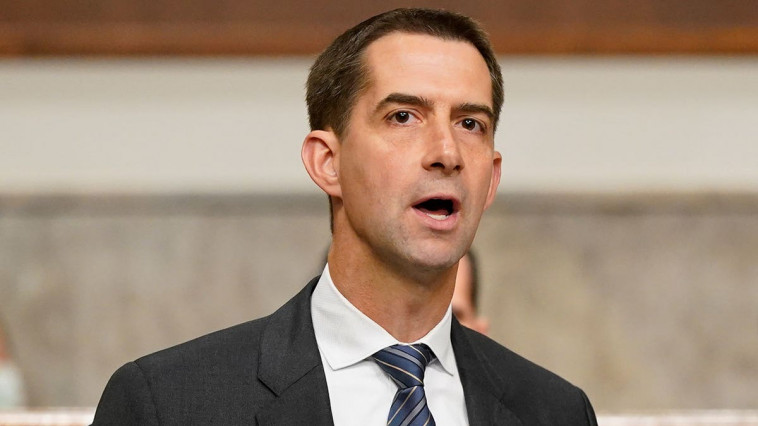 EXCLUSIVE: Sen. Tom Cotton is demanding information from the Department of Energy over reports the agency is thinking about using taxpayer dollars to support a proposed lithium mine that is linked to the Chinese Communist Party.

In a letter to Secretary Jennifer Granholm Tuesday, Cotton, R-Ark., said the Canadian company Lithium Americas’ plan to build a mine in Humboldt County, Nevada, is alarming because the company’s largest shareholder is Ganfeng, which has CCP ties.

“The United States should be reducing its dependence on China for these critical inputs, not opening the door for China to ‘gain a foothold on lithium mining,’” Cotton wrote.

“I am deeply concerned that, despite clear CCP influence over the company, Lithium Americas’ Thacker Pass project is under consideration for a loan through the Department of Energy (DOE) Advanced Technologies Vehicles Manufacturing (ATVM) Loan Program,” Cotton added. “Lithium Americas’ assurances that Thacker Pass is 100%-owned by them rather than Ganfeng are insufficient to resolve national security concerns, given the Party’s considerable stake in the company.”

Cotton says that the U.S. government should “apply strict oversight” on projects that could see taxpayer support to CCP-linked entities.

“As the government continues to invest in battery supply chain programs, it is critical that DOE ensure taxpayer funding does not go to corporations with CCP ties and does not increase U.S. mineral dependence on China,” Cotton states.

Cotton encouraged the agency to “leverage” the loan application and incentivize Lithium Americas to “part ways” with Ganfeng.

The Department of Energy and Lithium Americas did not immediately respond to Fox News Digital’s requests for comment on Cotton’s letter.

Cotton’s letter comes after 51 Republican lawmakers warned this week that national security is threatened by a CCP-linked company’s efforts to buy farmland near an Air Force base in North Dakota by Chinese manufacturer the Fufeng Group.

The CCP-linked farmland acquisition is far from the first land buy by the Chinese government, and these purchases have been heavily scrutinized for the national security risks presented as they have been approved under both the Biden and Trump administrations.

A wind energy farm project near Del Rio, Texas, was reportedly nixed by the Texas government after it was revealed the 130,000 acres — around the size of Tulsa, Oklahoma — was only miles away from the Laughlin Air Force Base where pilots are trained.

It was also revealed the Chinese billionaire who owns the company behind it, GH America Energy, formerly served in the Chinese military and has deep ties to the CCP.

Kelly Laco is a politics editor for Fox News Digital. Story tips can be sent to Kelly.Laco@Fox.com and on Twitter: @kelly_laco.