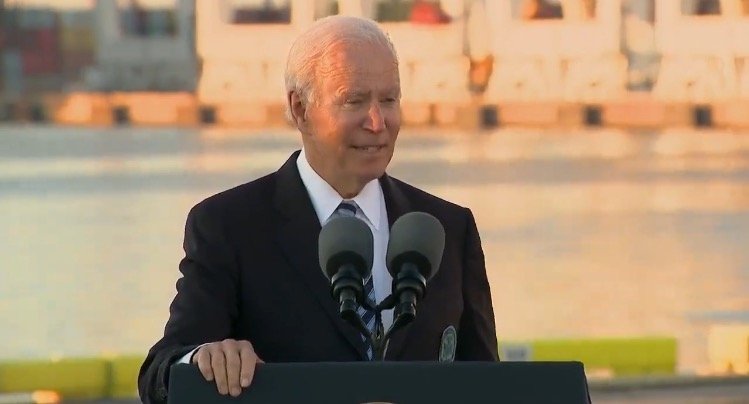 Peter Doocy confronted White House spokeswoman Jen Psaki on Monday on the hypocrisy of Joe Biden’s travel restriction after his previous statements on how travel restrictions are “xenophobic” when President Trump announced them in 2020.

Jen Psaki:  Well, I would say first to put it in context, Peter.  What the president was critical of was the way that the former president put out I believe a xenophobic tweet on how he called, what he called the coronavirus and who he directed it at.  The president has not been critical of travel restrictions.

Jen Psaki tries to explain how Trump’s travel bans were xenophobic, yet Biden’s are not. pic.twitter.com/WDtYIToHw3

Of course this is another Psaki lie.

Shortly after Trump imposed a travel ban on China last year, Biden came out and labeled him a xenophobe.

We are in the midst of a crisis with the coronavirus. We need to lead the way with science — not Donald Trump’s record of hysteria, xenophobia, and fear-mongering. He is the worst possible person to lead our country through a global health emergency.

Biden also attacked Trump for his “Africa ban” in February.

Trump further diminished the U.S. in the eyes of the world by expanding his travel ban. This new “African Ban,” is designed to make it harder for black and brown people to immigrate to the United States. It’s a disgrace, and we cannot let him succeed. https://t.co/oePD5eSAWY

So did Kamala Harris

And here is Biden calling President Trump a xenophobe for labeling the coronavirus a foreign virus – which it was.

Biden also called Trump a xenophobe later in 2020 over his travel ban.