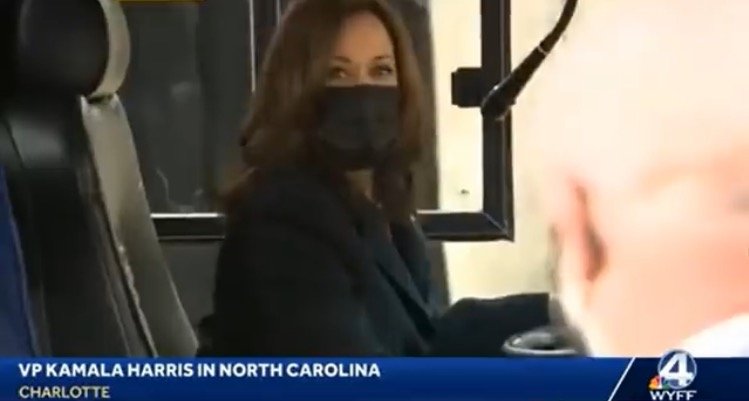 Harris promoted the newly signed infrastructure law that will give nearly $ 1 billion for public transportation and $109 million for electric vehicle charging stations in North Carolina through 2027.

Kamala Harris hopped into one of the electric buses, honked the horn and sang, “The wheels on the bus go round and round!”

Kamala Harris honked the horn of an electric bus today and sang “The Wheels On The Bus Go Round and Round” with Pete Buttigieg. pic.twitter.com/IYT5U2yBJt

Electric buses are a huge waste of money and a California agency was forced to scrap an entire fleet after the EVs caught fire and melted in the hot sun.

Over the summer, a California transit official said electric buses manufactured by Proterra are melting in the California heat.

One electric bus caught fire while it was charging and the agency said the electric buses are just too expensive to fix.