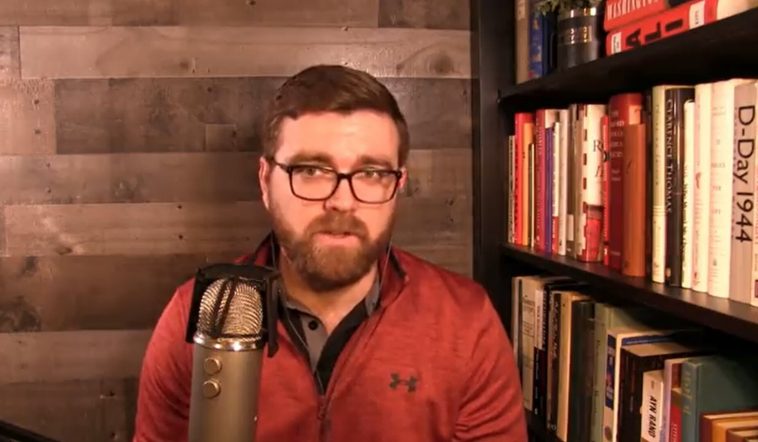 Tony Kinnett, A public school administrator in Indiana, exposed that critical race theory is being taught in public schools.

According to Kinnett, what is being taught “suggests to all of our students who aren’t black or brown that they are responsible for centuries of horrible oppression that the United States has built.”

He added, “we do have critical race theory in how we teach.”

A public school administrator in Indiana went viral after posting a video explaining that Indiana schools are teaching Critical Race Theory and intentionally deceiving concerned parents about whether or not their children are being subjected to it.

Kinnett explained that he is an administrator in the largest school district in Indiana which means he is present in “dozens of classrooms a week” so he “sees exactly what we are teaching our students.”

“We don’t have the quotes and theories as state standards per se,” Kinnett said. “We do have Critical Race Theory in how we teach.”

Kinnett continued, “We tell our teachers to treat our students differently based on color. We tell our students every problem is a result of ‘white men’ and that everything Western Civilization built is racist. Capitalism is a tool of white supremacy. Those are straight out of Kimberle Crenshaw’s main points verbatim in ‘Critical Race Theory: The Key Writings that Formed the Movement.’”

For exposing this he has been placed on leave and denied access to the school email and all buildings.

Tony Kinnett, an Indianapolis-based educator who went viral on social media for exposing how critical race theory (CRT) is being implemented at his school district, says he has now been placed on leave and denied access to school email and buildings.

In a Twitter thread, the award-winning science coach revealed that he has been locked out of his school email and Google Drive by Indianapolis Public Schools (IPS), Indiana’s largest school district serving about 23,000 students.

According to Kinnett, the IPS required him to “work from home the last two weeks,” because staff reportedly have “clinical anxiety” over working with him to the point that phone calls had to be made to each team member before he entered the office so they could avoid seeing him. Finally, Kinnett said he has been “banned from going to any IPS school building or hosting any professional developments.”

Payback for telling the truth!