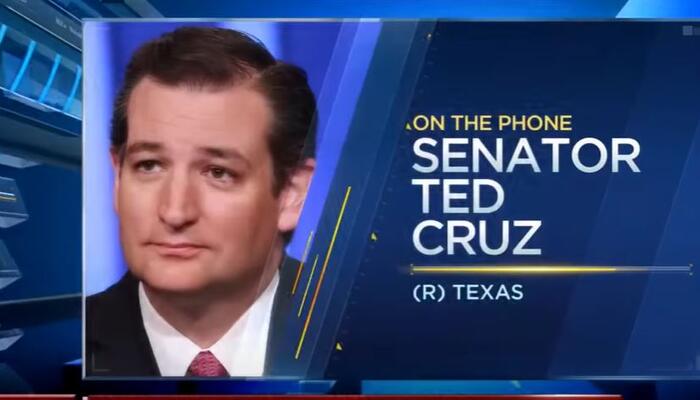 At last, a professional sports association has the guts to stand up to China. It’s the Women’s Tennis Association (WTA), and U.S. Sen. Ted Cruz (Rep-Texas) says it possesses more of a certain male characteristic than China’s whipping boy, the National basketball Association.

The WTA is suspending events in China after tennis player Peng Shuai was missing for several days over her accusation that a former high-ranking government official, Vice-Premier Zhang Gaoli, raped her. Shuai reappeared after several days, but her absence did nothing to assure the world that China tolerates free speech.

“I am announcing the immediate suspension of all WTA tournaments in China, including Hong Kong,” WTA executive Steve Simon said. “In good conscience, I don’t see how I can ask our athletes to compete there when Peng Shuai is not allowed to communicate freely and has seemingly been pressured to contradict her allegation of sexual assault.

“Given the current state of affairs, I am also greatly concerned about the risks that all of our players and staff could face if we were to hold events in China in 2022.”

Sen. Cruz was ecstatic over the WTA’s boldness, in his  Thursday appearance on the Clay Travis & Buck Sexton radio show.:

“And I’ll tell you something right now: The Women’s Tennis Association (WTA) has bigger balls than the NBA. And I’d like to see courage be contagious and more people take a stand.”

One of the top women’s doubles player in the world, Shuai’s social media accusation was taken down within 30 minutes by the government controllers. After that, she wasn’t seen in public for almost three weeks. The WTA is demanding her rights be protected.

The strong position taken by the WTA “is a stark contrast to the NBA,” Sen. Cruz said. The NBA LeBron James which has “wobbled on their knees” bowed before China. The basketball cowards are merely trying not to anger China over their fear of losing money or have NBA broadcasts suspended in that communist dictatorship.

Reuters reported national tennis federations “hailed the leadership of the Women’s Tennis Association (WTA) in representing and protecting players’ rights after its decision to suspend tournaments in China over the treatment of former doubles world number one Peng Shuai.”

Without mentioning the WTA, China responded to the tennis tournament suspensions by denouncing the so-called “politicization of sports.” Which is the height of hypocrisy since nobody politicizes sports like China.

The WTA’s actions will likely result in the loss of hundreds of millions of dollars — the kind of money that has the NBA quaking in fear of offending China. Other tennis organizations are also taking bold stands against China.

Tennis Canada reported its deep concerns for Peng’s health and security and gave the WTA a vote of confidence.:

“We feel very responsible for the many young women that travel the world to compete and it’s essential we do everything for them to be safe, otherwise our players and our sport is at risk.”

The Italian Tennis Federation is also on board with the WTA. Tennis Australia and Taiwan’s tennis association are also vocalizing support for Peng and opposition to China.

The International Olympic Committee also announced it held a recent video call with Peng to check on her well-being.