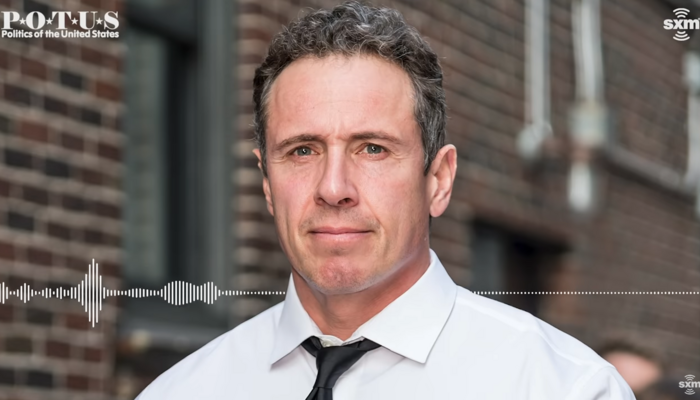 In the Wednesday edition of his unoriginally titled show on SiriusXM’s POTUS radio station, Let’s Get After It, indefinitely suspended CNN host Chris Cuomo addressed the surprise move by CNN boss Jeff Zucker. In his comments, Cuomo issued another likely empty apology and seemed to chide accountability by suggesting the suspension was part of “a process that they think is important.”

“Hey everybody, it’s Chris Cuomo, let’s get after it, quick note, the obvious, I’ve been suspended from CNN,” he announced at the top of the program. “You know this already. It hurts to even say it, it’s embarrassing, but I understand it and I understand why some people feel the way they do about what I did.”

And as he did back in May, Cuomo apologized to the folks at CNN. “I’ve apologized in the past and I mean it, it’s the last thing I ever wanted to do was compromise any of my colleagues and do anything but help,” he lamented.

But three months later, we learned that he had lied to viewers about his involvement with his brother, disgraced former New York Governor Andrew Cuomo’s sexual misconduct defense. Again, he lied in explaining what his role was, at the time too.

And another three months later, we learned that he lied to CNN executives about how he was helping and that he had abused his power as a star journalist at the network for his brother’s benefit.

If that wasn’t enough of a hint that he didn’t respect CNN’s leadership, he flashed a hint of contempt for the suspension. “I know they have a process that they think is important,” he said before adding: “I respect that process, so I’m not going to talk about this any more than that.”

On Wednesday’s Special Report on Fox News Channel, media analyst Howard Kurtz noted that Zucker had to be dragged kicking to suspend his star:

The suspension is an embarrassing moment for CNN after months in which the network took no action against its top-rated star, no internal inquiry, not even a slap on the wrist. Instead, CNN president Jeff Zucker waited until damaging new evidence surfaced about Cuomo orchestrating the defense brother Andrew Cuomo, including funneling information about sexual harassment reporting from his media sources.

According to an update to The New York Times article that broke the news of Cuomo suspension on Tuesday, Zucker may have been pressured by Discovery CEO David Zaslav to take disciplinary action against Cuomo:

By Tuesday afternoon, CNN’s top executives were mulling Mr. Cuomo’s fate just as they were convening for a meeting on the news network’s own corporate future.

David Zaslav, the chief executive of Discovery, who masterminded a deal this year to merge with CNN’s parent company, WarnerMedia, visited CNN’s Hudson Yards offices in Midtown Manhattan on Tuesday, four people with knowledge of the meeting said. The previously scheduled gathering was intended as a get-to-know-you session with Mr. Zaslav…

The paper also noted “[a]bout a dozen of CNN’s top managers” were in attendance as well.

And while CNN media bootlicker Brian Stelter was suggesting Cuomo was essentially getting an extended Christmas vacation, Kurtz wasn’t so sure. “But a spokesperson told Fox News there is no end date, at least while the network weighs his future,” he concluded.