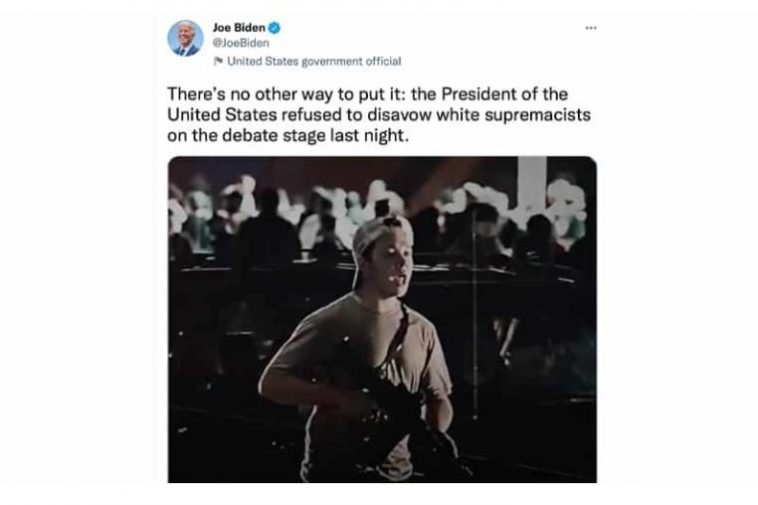 The dishonest attack ad is still posted on Joe Biden’s Twitter page — without any warning label from Twitter.

There’s no other way to put it: the President of the United States refused to disavow white supremacists on the debate stage last night. pic.twitter.com/Q3VZTW1vUV

On Saturday defamation attorney Todd McMurtry told FOX News that Kyle Rittenhouse could have a case against Joe Biden.

Todd McMurtry, who helped Sandmann reach a settlement with CNN over a defamation lawsuit, said Biden could be held accountable for the Sept. 30, 2020 social media post weeks before he was elected.

“There’s no other way to put it: the President of the United States refused to disavow white supremacists on the debate stage last night,” Biden’s tweet said.