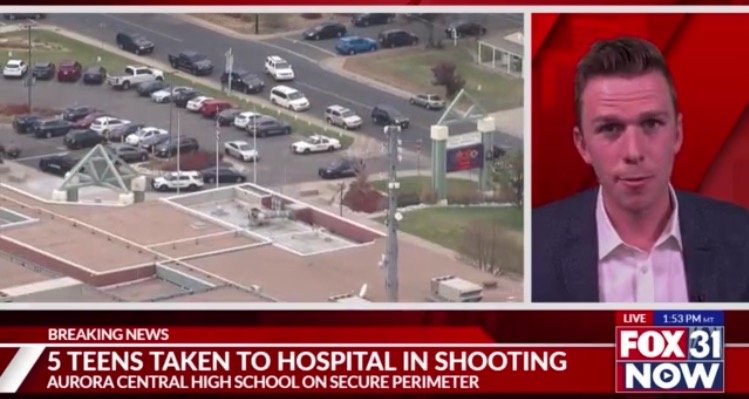 Five teenagers were injured on Monday in a shooting near a high school in Aurora, Colorado.

All of the shooting victims are between the ages of 14 and 17.

The teens were transported to a local hospital.

#APDAlert: Officers are on scene of a shooting at Nome Park, Nome/12th.

There are multiple people shot, unknown ages or conditions. Central HS is on lockdown.

Unknown suspect, who is no longer on scene.

Updates will be here. pic.twitter.com/SCZBhrm8Iv

Five kids have been injured in a shooting in Aurora on Monday, the Aurora Police Department (APD) said.

The Police Department tweeted about the shooting at 12:59 p.m.

The shooting occurred at Nome Park at Nome Street and 12th Avenue, according to APD.

The Police Department initially said that Aurora Central High School, which is across the street from Nome Park, was on lockdown, but corrected to say the school was “on a secure perimeter.” The shooting did not happen at the school.

Police said the unknown suspect was no longer at the scene.