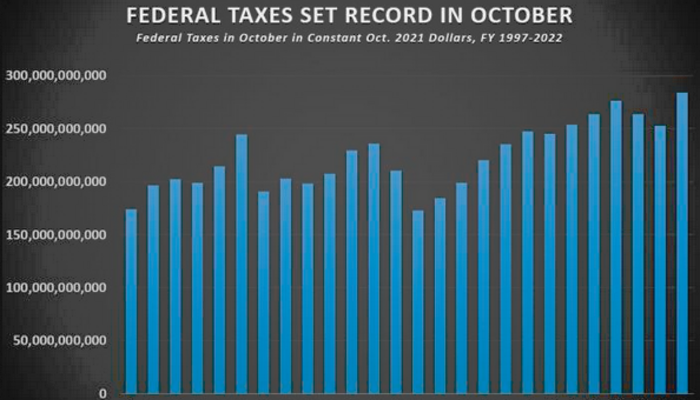 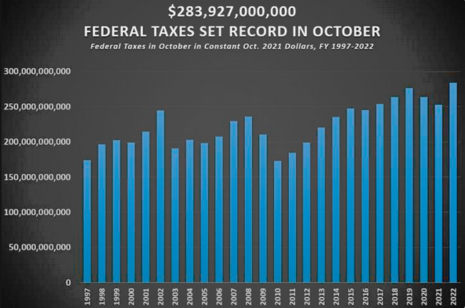 On Wednesday, CNSNews Editor-in-Chief Terence Jeffrey reported something that the leftist media steadfastly ignore – the massive, record-setting amount of tax dollars the federal government rakes in constantly. Jeffrey noted: “The federal government, according to the Monthly Treasury Statement, collected a record $283,927,000,000 in total taxes in October, which was the first month of fiscal 2022.”

The report also pointed out how much government spending has surged: “Federal spending hit $448,983,000,000 in October, which was the second highest ever for the first month of a fiscal year.” It broke down the numbers: “The biggest expenditure by the Treasury in October was for the Department of Health and Human Services, which accounted for $120,507,000,000 in spending. The second biggest expenditure was for the Social Security Administration, which accounted for $101,055,000,000 in spending.”

Read the full article on CNSNews.com.