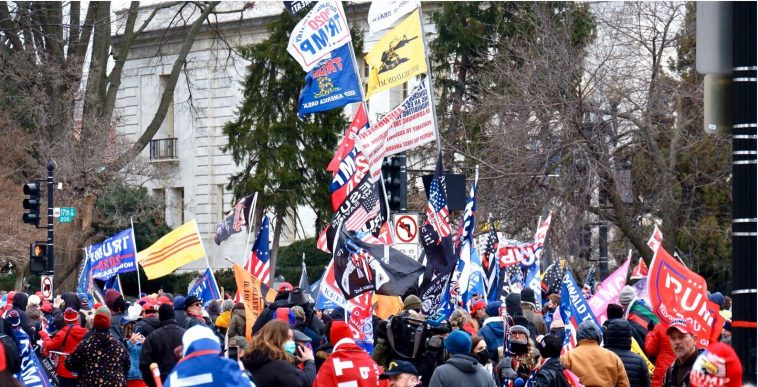 Our corrupt DOJ is a runaway politically-motivated train indicting innocent Americans on crimes they know these Americans never committed.

The Gateway Pundit has uncovered damning information with the DOJ’s  Jan 6 indictments.

On February 19, the DOJ arrested six individuals who were members of the Oathkeepers related to the Capitol protest on Jan 6.

Here is a portion of what the government claimed [emphasis added].

But the problem for the government is that to date we are unaware of any information the government has released to confirm these individuals or any others intended to do any harm to the Capitol or to obstruct any proceeding of Congress.  The evidence just isn’t there.  It didn’t happen.

In May, the DOJ interviewed an individual we’ll refer to as ‘person 10’.  This individual was a ‘higher up’ with the oath keepers and he responded negatively to the following questions:

The fact is that the DOJ has these answers which destroy the government’s case.  We are unaware of any evidence the government has that shows that there was an intent to do harm to the Capitol on Jan 6 by the Oathkeepers or to disrupt any government meetings.

There were people that damaged the Capitol on Jan 6 but there is little information that they were Trump supporters.  Also, planning to go to DC is not a crime.  That does not show the intent of the government’s exaggerated charges.  Despite lacking evidence the government has continued its attack on the Oathkeepers related to Jan 6.

In June the government was still arresting Oathkeepers knowing that they had no evidence of a conspiracy or any intent by any Oathkeepers to destroy the capitol or interrupt Congress.

Why are these people not set free since the government has no evidence to suggest that the Oathkeepers intended any harm on the Capitol on that day?