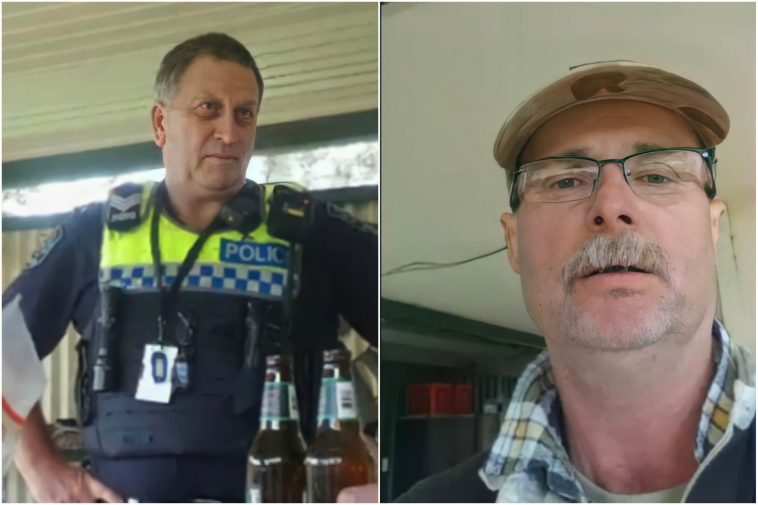 Seven authorized officials from Australia’s Department of Health raided Dr. Hobart’s surgery clinic in Sunshine North on Wednesday afternoon and seized confidential patient files, an appointment book, and other documents after he refused to hand them over to the government.

Dr. Bruce Paix, a doctor of 32 years in South Australia is now unemployed due to “vaccine hesitancy.” Like Dr. Hobart, he too has been issuing exemptions for mask/vaccines and is a staunch critic against the COVID vaccine and lockdowns. He was recently visited by the police and threatened that he should stop contacting the MP to voice concerns about the COVID management policies. The police claimed at first that he was there for a random firearms check but it turns out he was there for another reason.

Dr. Paix reached out to Gateway Pundit to share his story and to raise awareness of what is going on in Australia.

Here is the excerpt from the email:

“Given your recent story about the Melbourne GP who has his office raided by the COVID police, I thought my own experience might be of interest. I have also been consulting and issuing a number of ‘mask exemptions’, ‘vaccine exemptions’, and instructions on how to obtain and use veterinary Ivermectin, and expected to be raided similarly also, although have not been so far. I instead had the police come round to my house to threaten me that I might get ‘attention I did not want if I kept criticizing my state MP, who is a senior member of the state government here, hence is part of the administration ‘managing’ COVID here.

The backstory is: I am a senior Dr in the South Australian Government system, having some 32 years in service as both a Rescue Dr and Anaesthesiologist. I also have experience in managing health threats (as a senior military Dr. – indeed I was the Senior Australian Military Dr in the Middle East when MERS was an issue) and hold a first-class honors degree in a public health field, as well as specialist training in Anaesthesia.

In consequence of the above, I have spent hundreds if not thousands of hours educating myself about COVID over the last nearly 2 years. I have concluded that NOTHING about the world’s COVID response template makes sense (including in my own state of South Australia) and indeed is likely harmful. The vaccines in particular have numerous valid safety risks, and knowledge of these is being systematically suppressed by governments, professional bodies, and media. In addition, valuable therapeutic options (Vit D, Ivermectin) are being outlawed in favor of a ‘jab or nothing’ strategy.

I wrote to my State MP, Josh Teague (who then held a senior position, as Speaker in the Parliament) about this a couple of months ago, outlining my concerns, and asking to meet. His office gave me a long series of obfuscations before admitting that Teague would not be going to meet me at all – he simply didn’t want to hear anything that didn’t align with the official ‘Masks, QR codes, lockdowns, jabs’ strategy.

I replied that not meeting me was fine, as I now had a long message trail proving he was aware, and in the fullness of time, I would be happy instead to stand up at the Nuremberg 2 trials and give evidence against him.

His response – he sent the police around to threaten me to pull my head in – as the video file shows.”