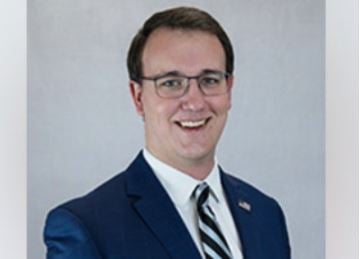 The Scottsdale Police Department has opened a criminal investigation into the targeted stalking, and harassment of outspoken parents at local school board meetings who are concerned about their children’s safety and education.

An Arizona School Board President, Jann-Michael Greenburg, and his father Mark Greenburg were caught stalking parents and publicizing their private information in an online dossier.

The dossier was shared with other school officials.

A parent found this dossier in a public Google drive, sent to her by the School Board President himself.

The Gateway Pundit reported that Jann Greenburg sent an unsolicited screenshot of his computer desktop to a parent, which revealed the Google drive link.

Jann Greenburg denies any responsibility or knowledge of this information being stored, despite clear-cut evidence that he was using the drive to access a video.

Local mother, Kim Stafford, searched for the drive link and discovered that anybody with a link could access the dossier, which contained background checks, divorce proceedings, mortgage documents, and even Social Security numbers.

Mark Greenburg, Jann’s father, occasionally photographed the parents on school property, while on his motorcycle and wearing a helmet to mask his identity.  He wore a hidden body camera and uploaded these recordings in the dossier.

According to Greenburg, he also hired a private investigator to document the parents’ license plate numbers.

This finding was terrifying for the parents. This disturbing, psychotic behavior cannot be tolerated in a lawful society.

One video even showed the crazed father, Mark Greenburg saying that he wanted one of his victims to die. Mark would “have a f*cking party” if the parent died.

Screenshots from the Google drive show that this stalking dates back to 2019, over two years ago. The Scottsdale Police Department said in a statement it was “aware of the allegations against Scottsdale Unified School District President Jann-Michael Greenburg. We are conducting an investigation into the matter and will report our findings once it is complete.”

SUSD Superintendent Scott Menzel also released a statement on Friday stating that Scottsdale Unified School District is now in the process of hiring an independent forensic investigator “to determine if any school resources were used to compile, access or modify the private dossier”.

SUSD staff, as is their regular practice, would report any suspicious behavior, such as taking photographs of parents, staff or students, on or adjacent to school property, to the appropriate security or law enforcement agency. Amanda Wray alleges that Menzel actually did know about the dossier.

Wray: Superintendent @menzels sent me an email with a file found in the #susdgreenburgfiles #menzelburg I believe this will prove to be much deeper than just @JannGreenburg

Superintendent @menzels sent me an email with a file found in the #susdgreenburgfiles #menzelburg I believe this will prove to be much deeper than just @JannGreenburg pic.twitter.com/xPXEsO8be6

Amanda Wray received an email from Superintendent Scott Menzel on June 24th containing a file found in the Greenburg Dossier. This exact same file titled, “AMANDA BLAMING GREENBURG SHENANIGANS ON INABILITY OF DISTRICT TO HIRE SUPER” can be found in the Greenburg Dossier. Amanda shared these documents with The Gateway Pundit in hopes of getting the truth out.

Arizona State Representative Shawna Bolick has called on the Arizona Attorney General to open an investigation into this disgusting behavior.

The Gateway Pundit will have more on this story as it develops.