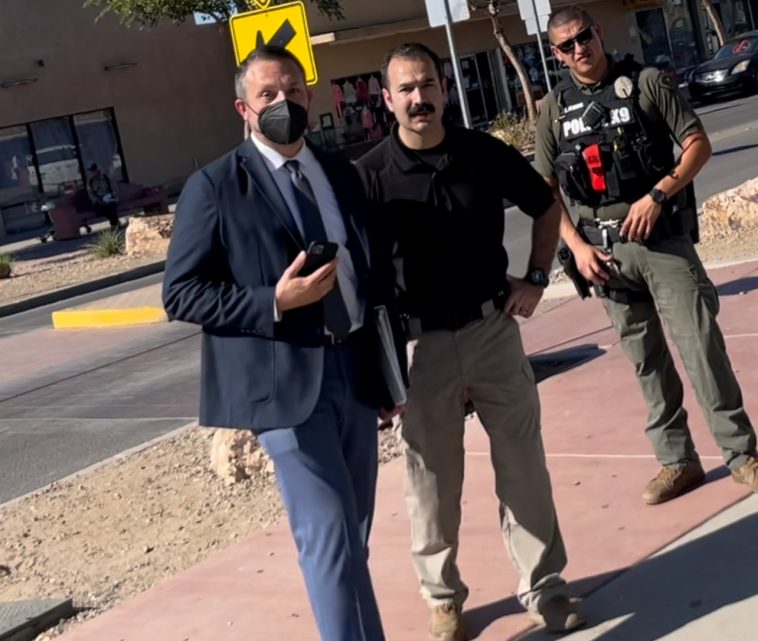 On Tuesday, Senator Mark Kelly stopped at the border in San Luis, Arizona where over 177,000 illegal immigrants have been apprehended and processed so far in 2021.

Another port of entry will be opened as part of the destructive $1.2 trillion dollar infrastructure bill that was just passed in the Senate.

The Gateway Pundit reported that thirteen RINOs voted with Dems in support of passing the massive $1.2 trillion package in a late-night vote, last Friday.

Mark Kelly says that this new port will allow for more traffic to come through the border. 52 lbs of meth was recently found after being smuggled through the border at the legal port of entry in San Luis, according to San Luis Police Chief Richard Jessup.

Millions of illegal immigrants have also made their way into our country, this year alone.

Most of the illegals apprehended at the border are processed, then released into the United States with a court date that is likely 4-5 years away. Until then, they are free to live in America.

This new port of entry only leaves more room for illegal immigration and smuggling.

The Gateway Pundit’s Jordan Conradson met Kelly at the border for a press conference on a public street corner.

After asking Mark Kelly the “wrong questions,” Kelly’s staffers photographed Conradson, began texting frantically and whispering to each other about him, then asked for a credential.

Conradson showed his credentials and the staffer then asked police to remove Conradson from the public square. Police in San Luis refused to violate the first amendment at the Kelly staff’s request.

This was a press conference on a street corner at Highway 95 and Urtuzuastegui St., next to U.S. Customs and Border Protection in San Luis.

Conradson introduced himself to Kelly and asked a couple of questions regarding Biden’s Border policies and Kamala Harris’ absence from the border.

Kelly blamed our border crisis on Washington D.C., then claimed that he spoke to Kamala “last week” about the border catastrophe. After taking a photo of Conradson, Kelly’s interns can be seen whispering to each other about him, at 5:30 in the video below.

At 7:10, Kelly’s employee again asks Conradson which publication he is from and he answers “The Gateway Pundit, one of the top news organizations in the country”, and shows his credential.

Around 9 minutes into the video, the other staffer then rushed to her comrade. He then went to the police to ask them to remove TGP.

The police refused to comply with this authoritative request and Mark Kelly refused to answer more questions.

They’re afraid of The Gateway Pundit.