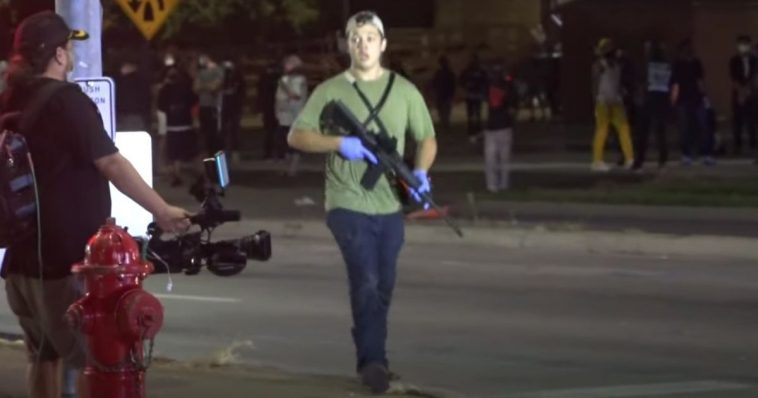 Fake News and their fake fact checkers are instruments used to push political narratives of the left.  Their tactics are similar to publications used by communists and totalitarians over the ages.  Their stories align with the leftist narrative almost exclusively and they rarely if ever admit their erroneous and biased reporting.  The Rittenhouse case is another example.

Last year a few days after Kyle Rittenhouse made headlines for killing two men at a BLM riot in Kenosha, Wisconsin, President Trump made a statement that young Rittenhouse was acting in self-defense.

The AP took the opportunity to fact-check the President and labeled his comments false.

You may remember that, later on in the news cycle, President Trump spoke about Rittenhouse, suggesting he acted in self defense.@AP took this as an opportunity to fact check that, dinging Trump for – I kid you not – defending someone who “opposed racial-justice protestors” pic.twitter.com/hYVGLDsjMO

Speaking of fact checks, here’s @PolitiFact claiming that Trump lied when he said Rittenhouse was trying to get away from protestors and was attacked – both details have since been confirmed by video.

Will you update your inaccurate post, Politifact? Or the gun charge details? pic.twitter.com/eAER1xtknv

Far-left NPR labeled the President false in his claims about Rittenhouse as well.

@NPR picked up on a similar sentiment, knocking Trump for “claiming, without evidence, that it appeared the gunman was acting in self-defense.”

Now we’ve had a court of law confirm it was using videos and context many of which were available at the time. pic.twitter.com/nFERWhOrvv

They were all wrong.

Will any of these entities write an apology to Kyle Rittenhouse, President Trump, and the rest of America for their false reporting?  We rate their claims again –