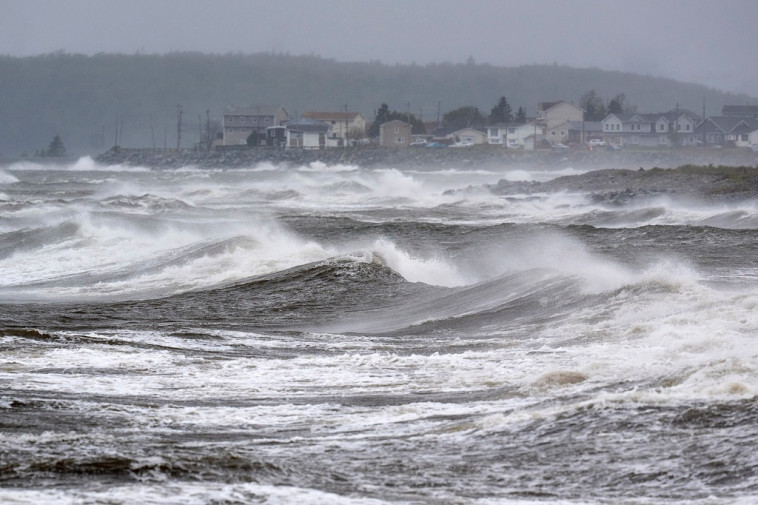 One of the strongest storms ever to slam Canada ripped through its eastern seaboard before devastating Nova Scotia’s coastline with gusty winds and heavy rains that left hundreds of thousands of people without power.

As former Hurricane Fiona was in the midst of being reclassified as a post-tropical cyclone – a rare weather event for Canada — Florida was bracing for the arrival of Tropical Storm Ian early next week.

Ian was strengthening in the eastern Caribbean Saturday morning, on its way to becoming what forecasters say could be a Category 3 hurricane threatening Cuba, then Florida early next week, the Miami Herald reported.

As of 8 a.m. Saturday, the National Hurricane Center called for a landfall sometime Wednesday near Sarasota, reflecting another slight nudge west in the storm’s path. No matter where Ian hits, heavy rain and winds are expected to swamp the state throughout next week.

Concerns over the tropical storm led NASA officials to forgo its third launch attempt of the Artemis I mega moon rocket, which had been set for Tuesday at Cape Canaveral in Florida, according to CNN. It’s unclear when the rocket will lift off.

Florida officials have urged residents in Miami-Dade and Monroe counties to complete storm preparations by Monday night. The Keys were expected to decide later Saturday whether to call for evacuations.

Forecasters also said wind shear leftover from Fiona and other unfavorable weather conditions were expected to dissipate over the weekend in Florida, allowing Ian to become more powerful.

In Canada, more than than 414,000 Nova Scotia Power customers — about 80% of the province of almost 1 million — were affected by outages Saturday morning. Another 82,000 customers in the province of Prince Edward Island were also without power, while NB Power in New Brunswick reported 44,329 were without electricity.

The Canadian Hurricane Centre tweeted that Fiona has the lowest pressure ever recorded for a storm making landfall in Canada. Forecasters warn it could be the one of the most powerful storms to hit the country.

A state of local emergency has been declared by the mayor and council of the Cape Breton Regional Municipality amid widespread power outages, road closures and damage to homes.

“There are homes that have been significantly damaged due to downed trees, big old trees falling down and causing significant damage. We’re also seeing houses that their roofs have completely torn off, windows breaking in. There is a huge amount of debris in the roadways,” said Amanda McDougall, mayor of Cape Breton Regional Municipality.

Because of the storm, Prime Minister Justin Trudeau decided to delay his trip to Japan for the funeral for assassinated former Prime Minister Shinzo Abe.

Hurricanes in Canada are somewhat rare, in part because once the storms reach colder waters, they lose their main source of energy. But post-tropical cyclones scan have hurricane-strength winds.

“Just an incredibly strong storm as it made landfall. And even as it moves away it is continuing to affect the region for several more hours today,” said Ian Hubbard, meteorologist for the Canadian Hurricane Centre in Dartmouth, Nova Scotia.

“The talk of a historical storm definitely looks like it’s shaping up to be true.”

Fiona has already been linked to least five deaths — two in Puerto Rico, two in the Dominican Republic and one in the French island of Guadeloupe.