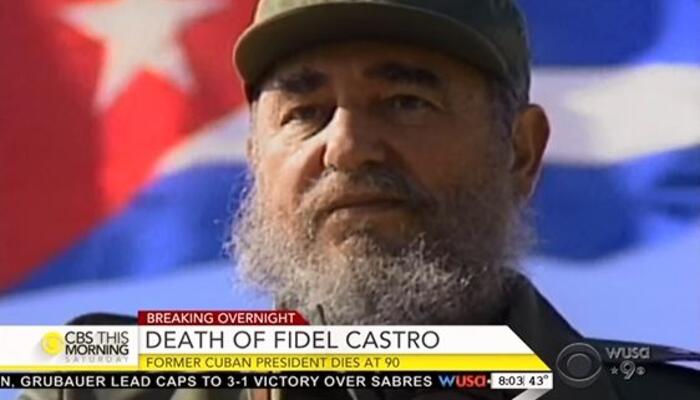 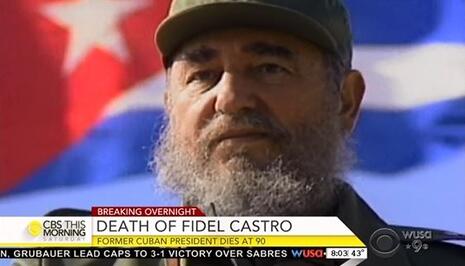 It was five years ago this week, on November 25, 2016, that Cuba’s Fidel Castro died. Rather than focus mostly on how repressive he had been, many outlets could not stop themselves from hailing the murderous dictator. Cheering his work on health care and literacy, they focused less on the killing and the jailing.

On the December 4, 2016 NBC Nightly News Morgan Radford appeared caught up in the drama of the funeral, recounting, “Tears of sorrow and cries of patriotism. Thousands lined the streets to greet the caravan of Fidel Castro’s ashes.” She touted, “His remains arriving in the city where his revolution was born.”

Radford found a woman who cried, “I feel sad because I feel like I lose my father.” Another touted “His ideas will always be with us.”  The reporter closed by summarizing, “A final farewell to a leader with a complicated legacy.” What was that legacy, exactly? She didn’t explain.

As the MRC’s Brent Baker noted, Andrea Mitchell saluted the dictator for “dramatically improv[ing] health care and literacy.” Journalists have been parroting that talking point for years. In 2002, Barbara Walters infamously insisted, “For Castro, freedom starts with education. And if literacy alone were the yardstick, Cuba would rank as one of the freest nations on Earth.”

Of course, if freedom was the yardstick for freedom, Castro’s Cuba wouldn’t do so well.

(For more examples of over-the-top gushing during Castro’s funeral, see a post by the MRC’s Rich Noyes.)

Continuing The New York Times‘s pattern of flattering communist dictators, the paper on December 4, 2016 offered this headline: “A Man So Large in a Box So Small.” The Associated Press topped that, saluting the “near-religious farewell to the man who ruled the country for nearly 50 years.

In a moment that perfectly symbolized the failure of communism, the jeep carrying Castro’s body broke down during the funeral. Of course, the network newscasts ignored it. But Conan O’Brien didn’t. On his December 5, 2016 TBS show, he mocked, “On Saturday, the hearse carrying Fidel Castro’s remains broke down and had to be pushed. The hearse was being by driven Cuba’s minister of metaphors.”