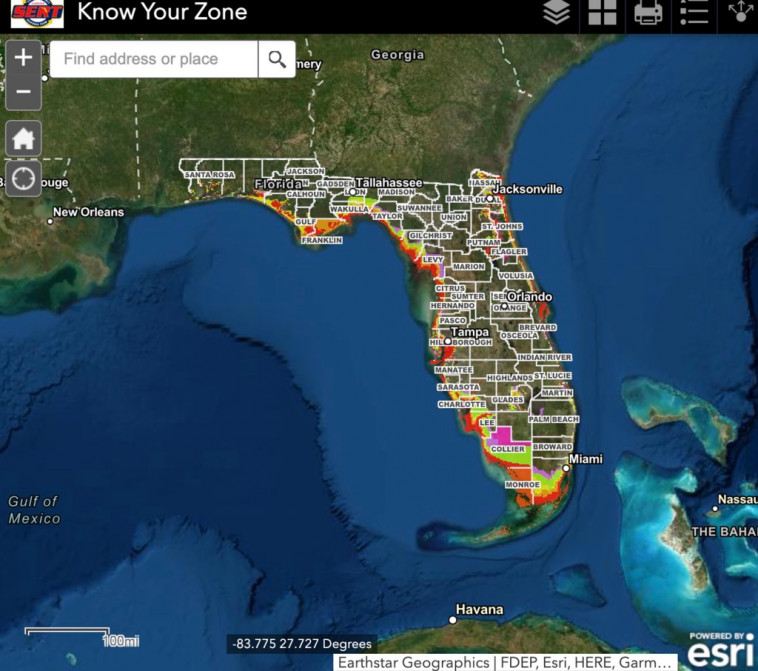 A threat from Hurricane Ian to the Sunshine State means millions of residents could be asked by local governments to head to higher ground but with a population of more than 22 million in the state, finding out who will need to seek shelter could be a complicated task.

Mandatory and voluntary evacuations have already been issued in Hillsborough, Pinellas, Charlotte, Collier, Hernando, Sarasota, Pasco and Manatee counties, including more than 300,000 people in the Tampa Bay area as Hurricane Ian inches closer to Florida.

“We expect to have to evacuate 300,000 people, and that will take some time,” Hillsborough County Administrator Bonnie Wise said. “That’s why we are starting today.”

“This is a worst-case scenario with a very strong, slow-moving storm just to the west of us,” said Manatee County Administrator Scott Hopes.

Large hurricanes such as Irma, Dorian, Jeanne and Frances have previously caused millions of Floridians to seek higher ground, causing hours of backups and delays along roadways.

The Florida Department of Emergency Management has made an interactive map for visitors and residents to type in an address to see if their home or business falls in an evacuation zone and find the nearest exit route.

The evacuation routes are meant to help guide residents to safer locations and away from threats that coastal cities such as Jacksonville, Miami, Sarasota, Fort Myers, Tampa and Pensacola can face during a storm.

Properties that are only under threat of being inundated or cut off by floodwaters are in an evacuation zone.

Here’s everything to know about Hurricane Ian:

An easy-to-remember phrase used by emergency managers is that people should, “Run from the water and hide from the wind.”

Flooding is the greatest killer during tropical cyclones as torrential rainfall can stretch hundreds of miles inland and last for days after a hurricane makes landfall.

Nearly 90% of tropical cyclone deaths occur in storm surge, rainfall flooding or high surf, according to a 2014 study by the National Hurricane Center’s deputy director.

The Florida Division of Emergency Management encourages residents to pay attention to local governments to learn when decisions on evacuations are made.

Will Floridians heed the call to leave?

A poll conducted by AAA before the start of the hurricane season found that Floridians were the least likely to evacuate ahead of a storm.

About 25% of residents told the auto club that they would stay in their homes through a hurricane, despite being in an evacuation zone with an approaching storm.

Experts warn a multitude of reasons could be to blame for the more relaxed atmosphere in the Sunshine State.

The majority of the state has been fortunate without seeing impacts from a significant tropical system for several years.

Except for Hurricane Michael in 2018, most of Florida has been relatively hurricane-free since Irma in 2017.

The lack of hurricanes and a population boom means many residents have never experienced hurricane damage or have had to evacuate for a natural disaster.

Additionally, the AAA survey suggested that rising inflation might also weigh into decisions on whether to flee or wait out the storm.

Prices for gas and other travel expenses are on the minds of many who live in coastal communities.

Just short of half of the respondents in Florida said the price and availability of gas could influence their decision on whether to evacuate or not.