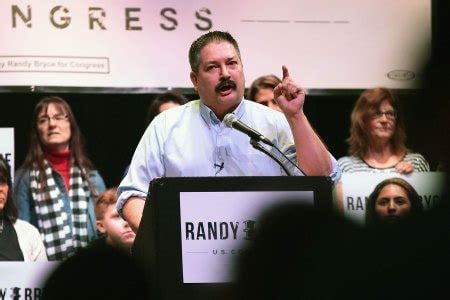 A Democratic candidate for Wisconsin’s First Congressional District allegedly made light of the tragic events in Waukesha, Wisconsin this Sunday in a now deleted tweet.

100 Percent Fed Up reports – Randy Bryce was the Democratic nominee for Wisconsin’s First Congressional District in the 2018 midterms.  He was defeated by Republican Bryan Steil by a 55 to 42 percent margin. In a now deleted tweet, Bryce allegedly mocked the events in Waukesha, making a comparison to the acquittal of Kyle Rittenhouse.  Bryce received a significant amount of social media buzz and attention from the mainstream media in his 2018 run, receiving millions of dollars of out of state money from liberal activists across the country.  Bryce was attempting to run for Ex-House Speaker Paul Ryan’s congressional seat after the Speaker stepped down in April of 2018.

Bryce’s political career, which includes includes running in four different elections and winning none, has been mired in controversy.  Bryce was attacked by his Democratic primary opponent attacked him in 2018 for falling behind on child support payments.  He owed thousands of dollars in back payments after his 2014 divorce.  He featured his son in campaign ads for his Congressional race.

Bryce’s commentary on the Rittenhouse case has been fraught with inaccuracies that he has faced criticism for.

I hope you do, but here’s the problem.

Bryce has faced multiple arrests for a litany of different offenses.  The Democratic nominee was arrested in 1998 for operating a motor vehicle under the influence and was subsequently arrested on multiple different occasions for driving with a suspended license.  He was also arrested for participating in illegal protests on two different occasions.  He now works for Common Defense, a group that describes itself as “The nation’s largest membership org of Progressive veterans.”