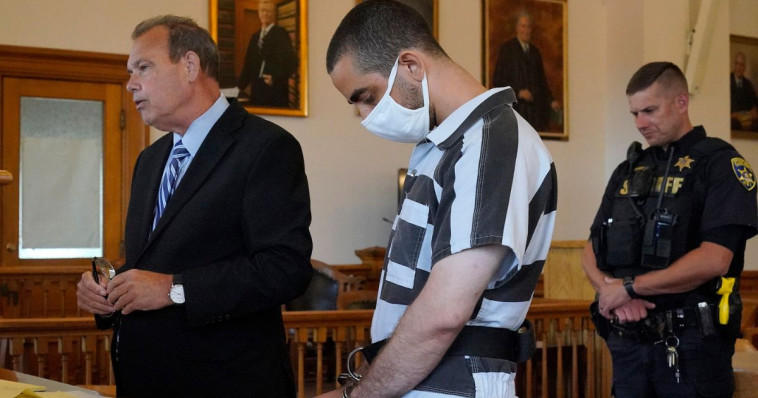 The alleged attacker of author Salman Rushdie has spoken out from the Chautauqua County Jail in western New York.

In an interview with the New York Post, Hadi Matar praised the supreme leader of Iran.

The late Ayatollah Ruhollah Khomeini, Iran’s former leader, issued a fatwa — an edict of Islamic law — that sentenced Rushdie to death in 1989. The Associated Press reported that Rushdie still has a $3 million bounty on his head.

When asked if the fatwa over Rushdie’s book “The Satanic Verses” inspired him to attack Rushdie, Matar wouldn’t answer directly on the advice of his legal counsel.

“I respect the ayatollah. I think he’s a great person. That’s as far as I will say about that,” Matar said, adding that he’d only read “a couple of pages” of Rushdie’s novel.

Rushdie was stabbed 10 times on Friday as the 75-year-old writer prepared to deliver a lecture at the Chautauqua Institution. He suffered serious wounds, including damage to his liver, severed nerves in one arm and damage to an eye.

According to CNN, Rushdie was awake and “articulate” on Monday after undergoing emergency surgery.

Matar has pleaded not guilty to charges of attempted murder and assault and is being held without bail.

“I don’t like the person. I don’t think he’s a very good person,” Matar said of Rushdie. “He’s someone who attacked Islam, he attacked their beliefs, the belief systems.”

Do you think Matar will be convicted?

“When I heard he survived, I was surprised, I guess,” Matar said.

After denying that he is in contact with the Iranian Revolutionary Guard Corps, Matar explained that he saw a tweet announcing Rushdie’s lecture last winter.

He went on to describe how he traveled to Buffalo from New Jersey via bus the day before the attack and then took a Lyft to Chautauqua, telling reporters that he slept in the grass on the campus on Thursday night.

The Iranian government denied any ties to the stabbing but condemned Rushdie rather than his attacker.

“We do not consider anyone other than [Rushdie] and his supporters [worthy] of blame and even condemnation,” Iranian Foreign Ministry spokesman Nasser Kanaani said during a news conference, according to CNN.

Iran’s Supreme Leader Ayatollah Ali Khamenei reaffirmed the fatwa against Rushdie in 2017 when asked online if it was still in effect, the outlet reported.

President Joe Biden said in a statement that he was “shocked and saddened” by the attack.

“Truth. Courage. Resilience. The ability to share ideas without fear. These are the building blocks of any free and open society. And today, we reaffirm our commitment to those deeply American values in solidarity with Rushdie and all those who stand for freedom of expression.” 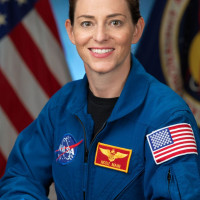 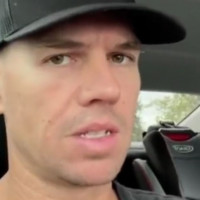