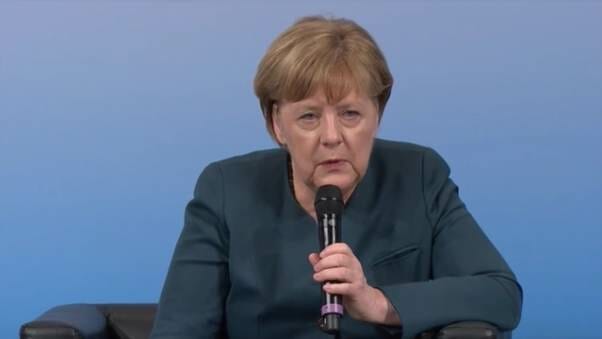 German Chancellor Angela Merkel on Thursday announced large parts of public life will be limited for the unvaccinated.

Merkel said hospitals are overwhelmed with Covid patients because people are refusing to take the jab.

“Many of the measures that are now needed would not have been needed if more people were vaccinated. And it isn’t too late to get vaccinated now,” Merkel said, according to Reuters.

Merkel is also seeking to impose a vaccine mandate for healthcare workers.

Several states and cities have already imposed more measures and have required the public to show Covid passes, which have an individual’s vaccination status or if they’ve just recovered from the virus (also widely known as “2G rules” as they refer to whether people are vaccinated — “geimpft” in German — or recovered, “genesen”) in order to access bars, restaurants and other public venues like movie theaters or museums.

According to Germany’s Deutsche Welle news outlet, if more than 3 per 100,000 inhabitants in a region are hospitalized with the disease, then the 2G rule will apply for all public leisure events in a given state. All states except Hamburg, Lower Saxony, Schleswig-Holstein and Saarland are above that metric, according to Deutsche Welle.

On Sunday Austrian Chancellor Alexander Schallenberg announced he is placing millions of unvaccinated people on lockdown.

“We must raise the vaccination rate. It is shamefully low,” Schallenberg told a news conference.