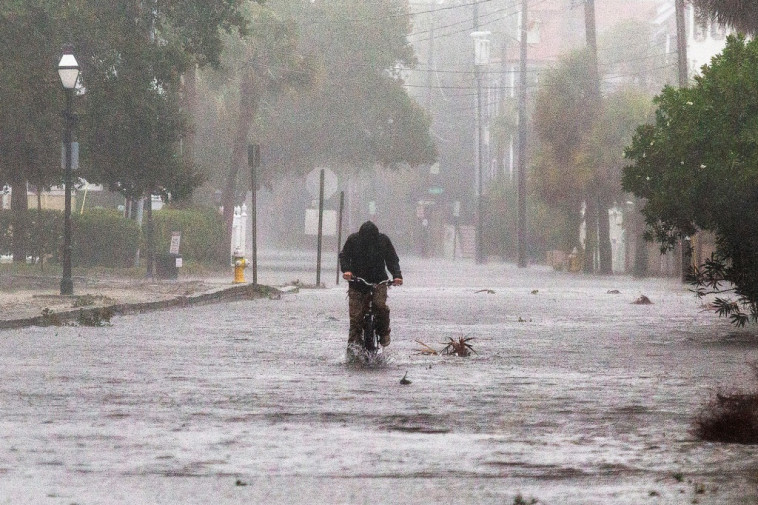 Hurricane Ian has mostly moved out to sea after cutting a deadly path across Cuba, Florida and parts of South Carolina earlier this week, but heavy rain from the remnants of the storm will continue swamping the New York City metro area.

Downpours and flooding are forecast for the Mid-Atlantic region and up the Northeast coast to Cape Cod as one of Ian’s arms continues into the Atlantic.

Now downgraded to a post-tropical storm with maximum 35-mile an hour winds, the remnants of a second arm of Ian were moving north through North Carolina on Saturday, and were forecast to weaken further before dissipating over south-central Virginia by nightfall, according to the National Weather Service.

Heavy rains started in the early morning hours and were expected to continue in the New York City area through the weekend and into Monday.

“As the remnants of Ian slide through the Northeast, we’re looking at a soggy weekend in the New York City area,” said Mike Rawlins, senior executive producer at Fox Weather. “With temperatures in the 50s, it’s going to be one of those weekends to cozy up indoors. The rain will be off and on through Sunday with some places picking up as much as two inches.”

The death toll from the hurricane, one of the strongest in US history, climbed to at least 30 in Florida and South Carolina, and left flooding and vast swaths of devastation in its wake.

In some of the hardest hit areas in Florida, including Fort Myers, Sanibel Island and Port Charlotte, there was still localized flooding Saturday morning, according to reports from a Post correspondent.

An estimated 1.3 million were still without power in Florida Saturday, and about 51,000 in South Carolina were in the dark.

Small protests broke out across Cuba Friday night, as residents demanded the government restore electricity to the island where millions were left without power earlier this week.

The storm’s heavy rains continued across the central Appalachians and mid-Atlantic region, with Ian “forecast to dissipate over south-central Virginia by tonight,” according to the National Hurricane Center.

New York City Mayor Eric Adams said in a tweet Saturday that the city’s Emergency Management was sending out another team “to assist Florida with Hurricane Ian recovery” Saturday.