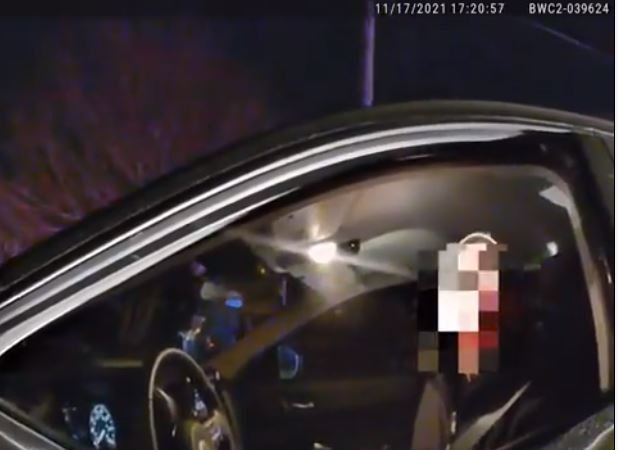 The Kenosha Police Department released bodycam footage of the traffic stop and arrest of James Joseph Morrison, the NBC News hack who was caught running a red light while chasing down the Rittenhouse jury bus. It was all caught on video. NBC offices in New York told their producer to chase the jury bus! This is jury tampering and harassment.
The fake news is out of control!

Resist the Mainstream reported new details on the arrest:

According to a police report, Morrison’s vehicle, a Nissan Pathfinder, was trailing “one city block” behind the bus and. When the bus later passed through an intersection, Morrison sped through a red light. This was observed by Kenosha police officers in unmarked cars, who asked dispatch to perform a traffic stop on the vehicle with a marked unit.

In the newly released bodycam footage, Morrison is asked whether or not he was following a vehicle by a Kenosha police officer.

“I was trying to see — I was being called by New York, going, maybe these are people you need to follow, but I, I don’t know,” Morrison said. He then identified himself as an NBC employee and said he was instructed to follow the vehicle by his bosses, located in New York. “It was discreet,” Morrison said. “I wasn’t, like, you know, going to talk to anybody or anything. Just trying to find a location, that’s all.”

The NBC employee then said he could call the person who told him to follow the bus, which the officer agreed to. Morrison then called the individual and told them that “law enforcement” wanted to speak with them. A woman then identified herself as Irene Byon, a booking producer with NBC.