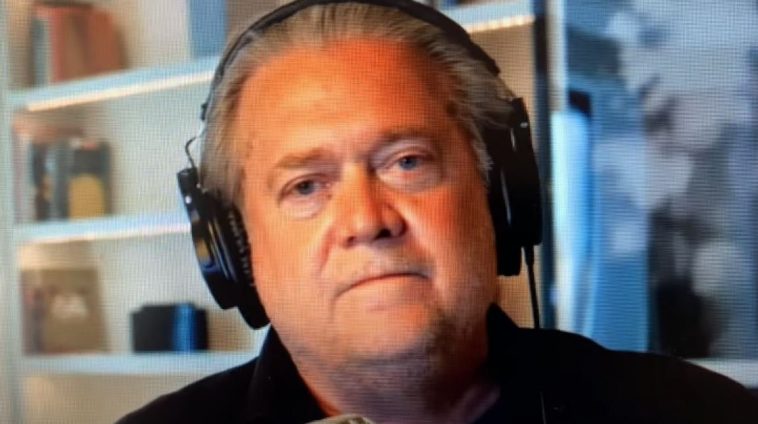 The War Room’s Steve Bannon joined Joe Hoft from The Gateway Pundit and RealTalk93.3 for a discussion of current events on The Joe Hoft Show at Real Talk 93.3 on Thursday afternoon.

Bannon was brilliant as usual and showed why he has the top news show on any platform in the US.

Here are a few of Steve’s comments and insights from Thursday’s interview:

Steve Bannon:  Look, [The] Gateway [Pundit] is the first site I go to in the morning when I get up.  If you want to stay abreast of everything that’s important in the Trump world you go there first.  I know the President does and the people around him.  So you guys have just done, and I tell this to Jim all the time, you guys have just done an incredible job recently, you’re such a powerful platform.

If you look at really the policies of what President Trump stands for, two-thirds of the nation I think agrees with us and it’s time we start acting like we control the country.  We do control this country.

[On Joe Biden] — He’s just so inappropriate on so many things…Not only is it radical, not only is it reckless, it’s gross incompetence.

[On China] — Their [Democrats and RINOs] radical plans, they tried to destroy this country.  This thing with China is a disgrace.

[Next clear and present danger] — I think that’s a clearer and present danger.  These advances in robotics, the advances in artificial intelligence, the advanced chip design, and the merger of those along with biotechnology and crypter, that is a real challenge to us.  It’s technology that’s out of control and quite frankly gonna spin out of control, out of our grasp within, I think the next five or ten years.

Here is the full interview with Steve Bannon: