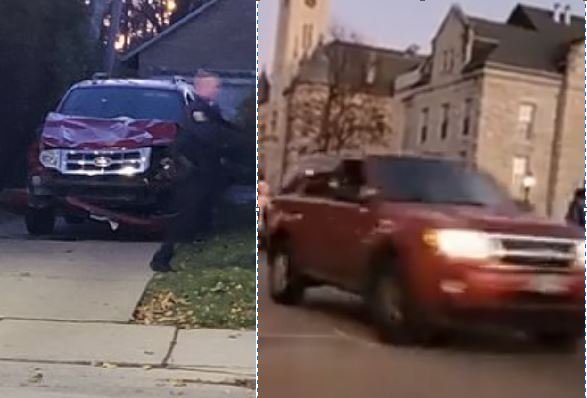 Following the attack several fake news channels ran with the “report” that the killer missed his turn and “accidentally” barreled down the street. Other channels reported the killer was being chased by police when he ran over 60+ innocents.

Of course this was all liberal media BS.

And now, independent journalists at Bevo Fox simulated Darrell Brooks’s drive through the Waukesha Parade along with actual footage of his devilish attack on children and seniors.

This is a brilliant video and proves the Waukesha killer was on a mission to murder as many innocents as was possible.