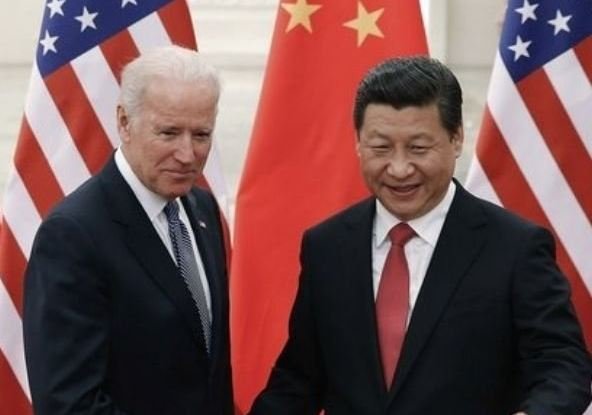 Nobody voted for these people and this is why.  The Biden/Obama Administration claims China and climate change are America’s biggest threats at the same time they sign an agreement with China related to emissions.

The current administration is corrupt and will do anything for power.  They care not about Americans and their actions show it.

Today it’s reported that the Biden/Obama Administration claimed that climate change and China are two of America’s biggest risks.  At the same time, they signed an agreement with China regarding climate change.  Of course China, arguably by far the world’s largest polluter, really doesn’t give a damn about pollution or climate change.

Pentagon press secretary John Kirby, who seems to always be shredding the truth, had this to say:

At the same time the US was signing a climate deal with China:

Kirby’s comments came around the same time on Wednesday that the U.S. and China announced a plan to work together to reduce greenhouse gas emissions. The agreement includes plans to cooperate on regulatory frameworks and environmental standards to reduce greenhouse gas emissions, maximizing the societal benefits of the clean energy transition, and policies to encourage decarbonization and move toward electrification of their energy systems, among other changes.

The agreement also laid out a goal for the U.S. to have “100% carbon pollution-free electricity by 2035” while China will “phase down coal consumption during the 15th Five Year Plan and make best efforts to accelerate this work.”

Following the announcement, the Washington Post reported John Kerry, President Joe Biden’s special envoy for climate issues, said the deal is “a step we can build on in order to help close the gap.”

Then again, ever since the day John Kerry lied about his escapades in Viet Nam, he is someone not to be trusted.

What are the bets that the US will give the farm while China will do nothing?  Kerry may be lying about this or he may still be one of the worst deal makers in history.  China is smiling.