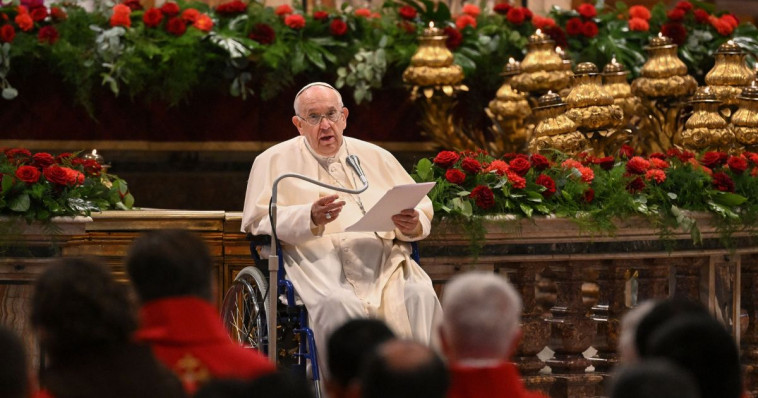 Rumors that Pope Francis is considering stepping down have been swirling in recent months, but several unusual developments over the past few days have intensified those rumblings.

First, the 85-year-old pontiff last week canceled a trip to the Democratic Republic of Congo and South Sudan planned for July, citing knee pain, according to the U.K. Daily Mail. And he has scheduled a consistory for late August to officially install 21 new cardinals, who were announced at the end of May. August is typically a vacation month for the Vatican.

Sixteen of the new cardinals, including McElroy, are under the age of 80, and are eligible under church rules to vote on Francis’ successor, the Daily Mail noted.

Additionally, Francis is scheduled to will travel to the Italian city of L’Aquila on Aug. 28 where he will visit the tomb of “Celestine V, who was the first pope to have resigned from the papacy, in the 13th century,” the Daily Mail reported. Current Pope Emeritus Benedict XVI also visited the tomb before he resigned in 2013, opening the way for Francis’ election.

Francis has ongoing issues with knee pain and has used a wheelchair in public appearances since May, after he had colon surgery, as Fox News reported at the time.

The Mail, citing various Italian media outlets, reported that during a meeting of bishops last month, Francis mentioned his knee pain and allegedly joked, “Rather than operate, I’ll resign.”

Francis also suffers from sciatic nerve pain, the Daily Mail reported. And during his childhood, one of his lungs was partially removed.

Rumors of the pope’s resignation began to circulate last summer after news broke that he would undergo colon surgery.

Do you think Pope Francis will resign anytime soon?

Although it’s not impossible for a pope to resign, it’s extremely rare. In 2013, when then-Pope Benedict announced his stunning decision to resign due to his failing health, it was the first a pontiff had stepped down since Celestine V in 1294. (For context, Celestine V was a hermit before being elected pope amid a deadlock in Rome. His papacy lasted only five months before he quit. He was canonized as a saint in 1313.)

Speaking to reporters the following year, Francis said that if his own health were to limit his ability to perform his duties, he would consider resignation as well.

According to Time magazine, during a March 2015 interview with Mexican news outlet Televisa, Francis, then 78, said, “I have the feeling that my pontificate will be brief: four or five years; I do not know, even two or three. Two have already passed. It is a somewhat vague sensation.”

There are conflicting signals on social media.

Journalist Megyn Kelly, who happened to be visiting the Vatican with her family on Monday, gave a brief report about what she called “unusual activity.” Kelly said, “Inside the Vatican moments ago, we saw a ton of cardinals which our guide tells us is highly unusual. … There’s a lot of buzz going on right here.”

Unusual activity at the Vatican as reports break that Pope Francis may be about to resign. (And we are there!) pic.twitter.com/P2AetNECH1

On the other hand, CatholicVote.org, an American advocacy group, says those rumors are “untrue. At least imminently. If he were to do so before the upcoming consistory, none of his new appointments would be made a Cardinal.”

For what it’s worth, our sources tell us the “pope is resigning” rumors are untrue. At least imminently. If he were to do so before the upcoming consistory, none of his new appointments would be made a Cardinal.

Despite the speculation, the French media outlet Agence France-Presse on Monday reported a source saying, “In the pope’s entourage, the majority of people don’t really believe in the possibility of a resignation.”

AFP also spoke to Vatican expert Marco Politi who said rumors are common inside the Roman Curia, the governing body of the Catholic Church.

“These rumors are encouraged by the pope’s opponents who are only eager to see Francis leave,” he told AFP.

“At this stage, it is a question of being realistic and not alarmist.”

He added that it was ‘hard to imagine’ Francis, who has seen his share of controversy, would resign while a synod of bishops, which opened in October 2021, was in progress.

According to the Daily Mail, the synod is “a study of the Church – an initiative meaningful to Francis that is intended to study how the Church moves forward in a more inclusive way – [that’s] ongoing, due to complete in 2023.”

To critics, Francis is considered to have been pushing the church to the left — after his predecessors, Benedict and John Paul II, were known for staunchly conservative positions.

He famously asked, “Who am I to judge?” in response to a question about homosexuality in 2013 — which was widely, if inaccurately, taken as permissiveness toward a gay lifestyle. He has made comments that were taken as being supportive of civil unions for gay partnerships.

Outside his role in the church itself, Francis was publicly antagonistic to the Trump administration and its goal of reining in illegal immigration to the U.S. and construction of a southern border wall. He has also been seen as too sympathetic to “climate change” alarmists.

Francis has also drawn criticism for his statements in international affairs. Most recently, he came under fire for saying NATO was partly to blame for Russia’s invasion of Ukraine.

In an interview published by an Italian newspaper June 14, according to CNN, he indicated that the invasion was “perhaps in some way either provoked or not prevented” by NATO countries.

Francis said he had spoken with an unnamed “head of state” prior to the February invasion who said NATO’s expansion into Eastern Europe was worrisome.

“I asked him why, and he replied: ‘They are barking at the gates of Russia. And they do not understand that the Russians are imperial and do not allow any foreign power to approach them,’” Francis said, according to CNN.

Elizabeth is a contract writer at The Western Journal. Her articles have appeared on many conservative websites including RedState, Newsmax, The Federalist, Bongino.com, HotAir, MSN and RealClearPolitics. Please follow Elizabeth on Twitter. 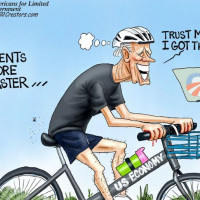 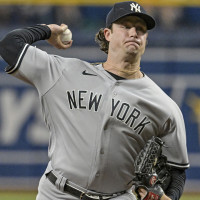