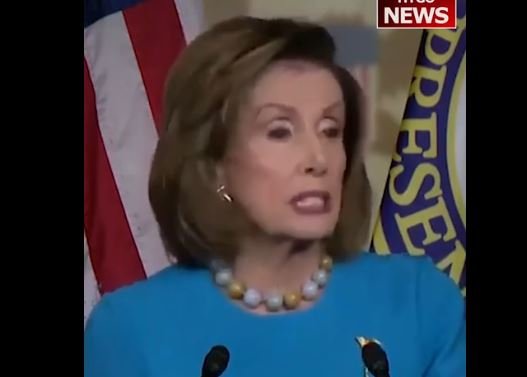 So wicked. Such a liar.

The $285 tax to the mega-rich in blue states is the second largest ticket item in the Democrats’ bill.

the Washington Post reported Tuesday that Democrats’ plan to raise the cap on state and local tax (SALT) deductions from $10,000 to $80,000 through 2026 would be “more costly than establishing a paid family and medical leave program, and nearly twice as expensive as funding home-medical services for the elderly and disabled.”

Democrats and their socialist cohorts were furious when President Trump exposed and put an end to this annual event where red states bailed out Democrat-led states and their SALT deductions.

Now they have reversed this and the mega-rich in the blue states will get back their large tax cuts.

The fake news media will do their best to hide this from the public as they always do.

Here is Pelosi defending the move and lying about the Trump tax cuts that benefited working Americans.