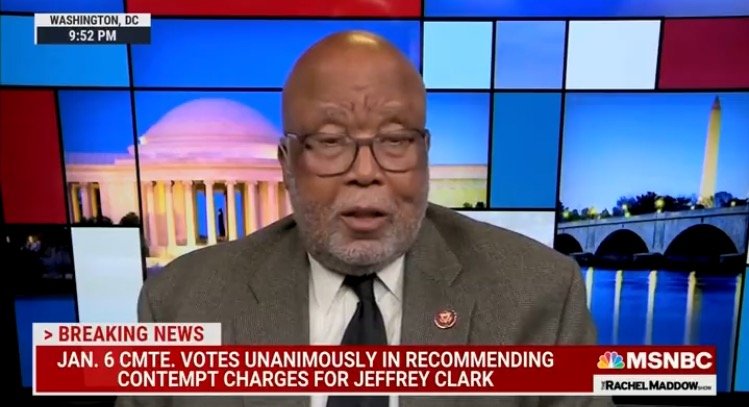 The Marxists on the January 6 committee have subpoenaed Trump associates in an ongoing harassment campaign.

Roger Stone and Alex Jones say they will likely plead the Fifth in response to the subpoenas.

On Wednesday, the sham committee voted to hold former Trump DOJ official Jeffery Clark in contempt for defying a subpoena.

Bennie Thompson said pleading the Fifth is an admission of guilt.

“The implications is we will give Mr. Clark his right to assert his Fifth Amendment before the committee if he chooses,” Thompson said. “We’re doing everything we can to show we’re not partisan.”

“But you know, if you say you haven’t done anything wrong but on the other hand you want to assert the Fifth Amendment in terms of self-prosecution, it says that you have something to hide. So we’re going to give him an opportunity to do it.”

“He can do it and it will be under oath and he is still subject to certain penalties should he decide to not tell us anything,” Thompson added.

“If he is saying, ‘I’ll come but I’ll plead the Fifth,’ in some instances that says you are part and parcel guilty to what occurred,” he said.

The King of the January 6 Clown Committee, @BennieGThompson, said that if you choose to plead the 5th, you’re guilty.

That’s not what the law says, Bennie.

He needs to read the constitution.